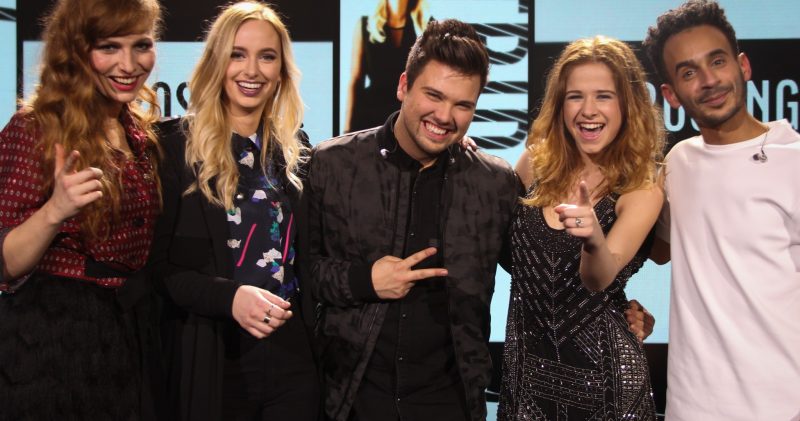 Only Laura Tesoro scores hit thanks to eurosong 2016 ’ ‘

Amaryllis, Adil, Astrid and Tom knew no great success with their eurosong-songs, on the contrary. It seems that only Laura Tesoro has a large hit thanks to our Flemish heat.

What’s The Pressure, our Eurovision entry by 2016, is in the new Ultratop-list out the top ten, but still tumbled on the 14th place. More than a month after her victory in eurosong 2016 can get back on the already happy Laura Tesoro performance of her single in the various charts. She was standing in both the Ultratop 50 if the Ultratop Airplay list a while on the second place. On iTunes did they still one place better and scored so a number one hit.

Less success for the others

The four other candidates scored a big hit with their song for eurosong 2016. That’s quite striking because it was just the intention of eurosong-new concept to launch all five candidates with their song. Runner up Tom Frantzis may after Laura the most satisfied. Are appreciated song I’m Not Lost pulled out a sixth place at iTunes, but managed to keep it but two weeks in the Ultratop (place 25 was its highest listing in that list). In the list that the airplay meet he took a 31st place.

The songs of three others had much less success. Kick the Habbit of Amaryllis Uitterlinden pulled out a 29th place at iTunes, but very quickly disappeared from that list (just like the songs of Astrid and Adil by the way). None of the three songs ended up in the Ultratop 50. The song of Amaryllis climbed but to place 18 in Ultratip Bubbling Under, the list of songs that are ready to storm the real chart. Adil and its In Our Nature did even worse with a 49th place in the iTunes Top 100. He remained in the Ultratip paste to place 13.

Eurosong took care for the time being, not even for the breakthrough of timid Astrid The Salem. The Red Lantern of our Flemish for round had to be content with 39 place in the Ultratip, which is very low . She saw her song only via iTunes on the 67th place appear. Also in terms of airplay couples Adil & co. disappoint. Only MNM and Radio 2, radio stations of VRT, turned their song several times.

After eurosong 2014 knew next to Axel Hirsoux winner still several other participants such as Eva Jacobs, SIL, Day One and especially 2 Fabiola hits to score with their submission. Two years later, only Laura Tesoro the big winner.