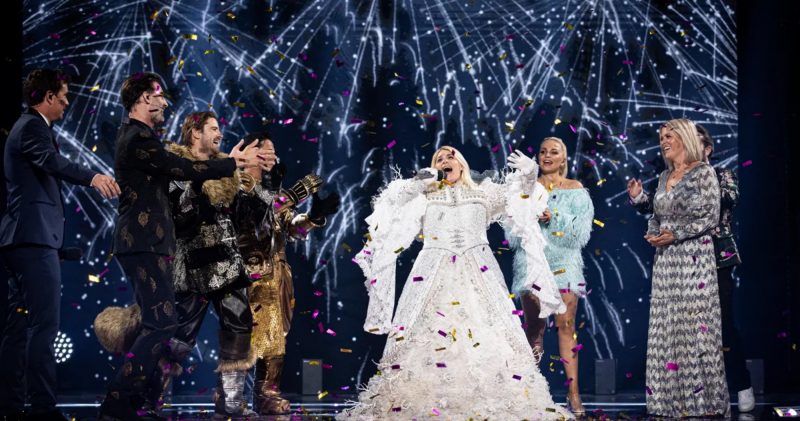 For many, doubts continued to strike until the last moment, but every seasoned fan of the Eurovision Song Contest knew very quickly: the Queen performing in the Belgian version of The Masking Singer is Sandra Kim. After weeks of hiding behind the beautiful mask, the word is out. All these weeks, our only Belgian winner of the Eurovision Song Contest was wearing the costume of the Queen.

The first season of The Masked Singer in Flanders is over, the winner is revealed. All those weeks one character from the show convinced the audience and jury with her singing qualities. The Queen managed to mislead some, but when the mask came off, our suspicion was confirmed: it is Sandra Kim.

The biggest hint had to be the accent. The intro clips were all recorded while talking very slowly so that Sandra would not immediately reveal herself. We all know that Sandra has a French accent and cannot always hide this. One of the first hints was the fact that as a young girl she quickly became famous because of a dream she had. Sandra was thirteen when she won the Eurovision Song Contest. That she has experienced winning the Eurovision Song Contest as a “poisoned gift”, she has repeatedly stated in interviews. In one of the other videos she says, ‘I am standing here on a majestic and lonely height’. Sandra is still the only Belgian winner to date. At the beginning of her career, she had a manager who tried to control her, so she broke up with him to be in control of her own life and career. Not always keeping to the rules, of course, refers to her lie about her age in 1986. She sang that she was fifteen but was actually only thirteen and that seemed too young to participate in the Eurovision Song Contest. ‘I feel good about myself and can move mountains,’ said the Queen in a video and mountains is the English translation for the Dutch word: bergen. Bergen is also the city where she won in 1986.

Watch all the Queen’s performances

Writing’s On The Wall – Sam Smith

This Is Me – The Greatest Showman

Want to know which Eurovision stars competed in ‘The Masked Singer’ around the globe? We’ve got you! Take a look at the article underneath.