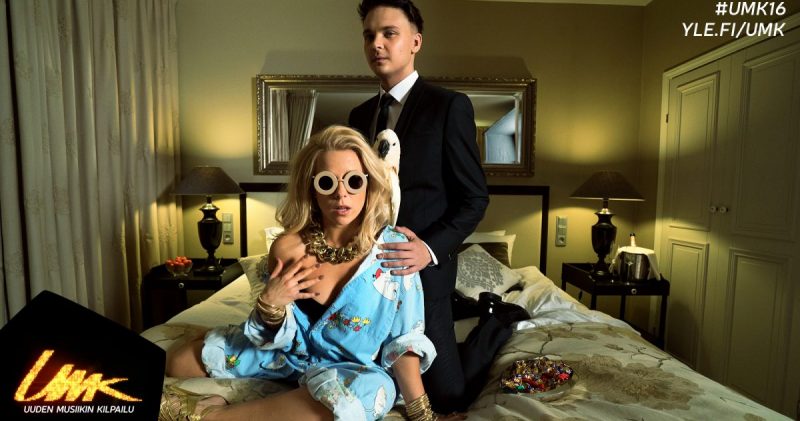 Finnish final preliminary round on 27 February

Uuden Musiikin Kilpailu (UMK), the annual national tour of Finland will start in February. There are three semi finals and a grand final. Krista Siegfrids, in 2013 the Finnish candidate in Malmö, presents the shows along with Roope Salminen.

The three semi-finals will be held on February 6, 13 and 20. Saturday 27 February follows the final show. Finnish broadcaster YLE makes the twelve candidates of UMK known on Tuesday 12 February. That publication will live through a livestream.

The presenters of service are no strangers. Roope Salminen UMK last year led al in good jobs, but this time he gets company of singer Krista Sigfrieds daughter. In 2013, she won the Finnish preliminary round and she represented her country with the wedding song Marry Me, including lesbian kiss. The two went together on the photo and made a nice promotional video.

In 2015 the group represented Finland Pertti Kurikan Nimipäivät, but despite much media attention they ended up last in their semi-final.