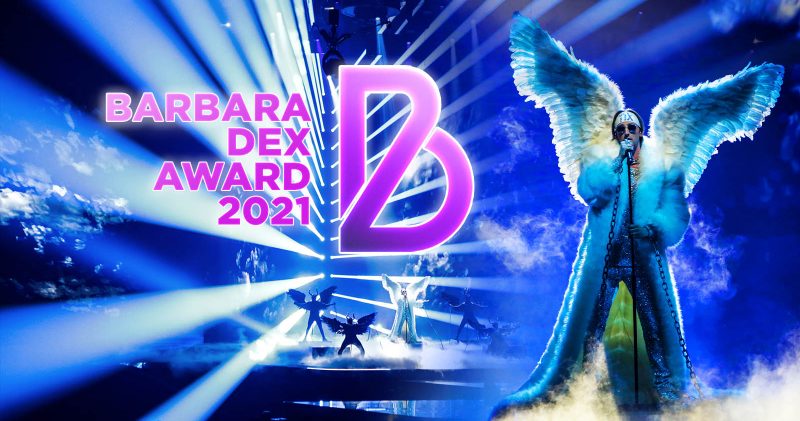 TIX from Norway didn’t win the Eurovision Song Content 2021 but still takes home an award. ‘Fallen Angel’ TIX is the winner of the infamous Barbara Dex Award, the award for the most notable outfit. First en second runner-up are Romania (Roxen) and Croatia (Albina). A new record of  votes was cast!

TIX is the winner of this year’s Barbara Dex Award. The stage outfit of Tix was notable and very memorable thanks to his angel wings, white fur coat and some bling bling.  It’s the first time Norway takes home this playful award.

Tight race at the top

In 2019, that time Portugal was our winner, we reached a record amount of votes. But this year, we even recieved more votes! More then 4870 votes were cast. During the voting Norway and Romania proved to be two very strong contenders. But in the end, the tight race was won by TIX. The artists of Romania and Croatia came in as 2nd and 3th, with only one vote between them.

As we received thousands of votes, the award still shows to be very popular among Eurovision fans all over the world. The playful and humorous Barbara Dex Award is awarded to an entry that took some risk when it comes to their stage outfit. It’s all about being notable and remarkable. Not we, but thousands of Eurovision fans chose the winner. Just to make things sure: this award for the most notable outfit has nothing to do with claiming clothes as beingg ugly. The award is playful and therefore something you shouldn’t take too seriously. This award of course supports the Eurovision Song Contest.