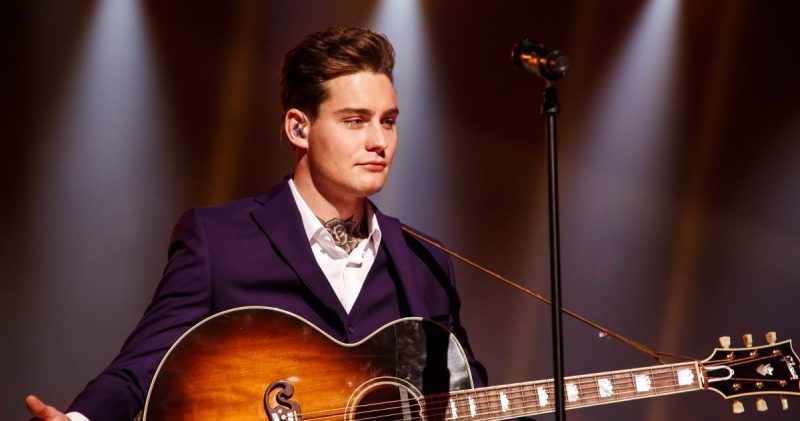 so fared Douwe Bob after the Eurovision song contest

Douwe Bob made no secret of the fact that he was not satisfied with his eleventh place to Slow Down. ‘ You may best know that I quite baal ‘, he said on his arrival at Schiphol to the Dutch press. But long has its weak period not lasted. He had a lot of performances at the prospect, released his third album and a new single out and opened his own bar.

He put in October also a handsome live version of Jacob’s Song on his YouTube channel. It’s an emotional song about a failed relationship and the pain that such a break with it. Since then no new work came more from. But Douwe has not been inactive. He has performed at numerous festivals like Pinkpop, replaced a sick Waylon OVERdeVLOED at the festival, along with The Common Linnets on the stage of friends of Amstel, sang for 3FM Serious Request – the Dutch counterpart of our Music For Life, and went for the first time ‘ over the Lake to Rio to encourage the Dutch athletes with a performance at the Holland Heineken House.

In February the Dutch singer still won the Edison Award for best pop album Fool Bar. He was also nominated for an MTV Europe Music Award for best Dutch act 2016. Also our Laura Tesoro was nominated for best Belgian act but had to cede the figurine to Emma Bale. Douwe saw then again brotherly love the award win.

The MTV Emas were awarded in the Ahoy in Rotterdam. For the occasion he did his pop up bartrick from Stockholm. In Stockholm, he opened two weeks long a café where he performed, among other things in the company of The Common Linnets. In Rotterdam, he opened during MTV Music Week the Fool Bar where he occasionally composed and how to draw itself.

But after the festival summer would be one of his dreams come true. Under the motto ‘ I grew up in a bar, why would I not open ‘ itself, he started in October its own café in the Amsterdam pipe: The Fool Bar, an American fiftiesbar. Monthly he holds there The Fool Bar Sessions and some of the artists perform.

Cafés and music, all well and good. But the 24-year-old Dutchman also put himself in front, with such a name how could it be otherwise, the Dutch bobcampagne. In February he jumped with his guitar in the car and he went to thank some drivers with a song.

He occasionally some less fortunate in traffic. In July he was hit by an old-timer when he drove his scooter. His arm was in a cast and he ran on to his face, knee and hip injuries. Just after his return from Stockholm Douwe was also involved in a brawl in a café in Haarlem. There were some blows, but he was not injured.

https://www.facebook.com/DouweBob/posts/1156287627757306 And how did the singer on a personal level? The Dutch press tried throughout the year to find out how his love life . As he was during the summer associated with a sixteen year old brunette on Crete. His reaction on twitter: ‘ Djeeeeezzz ‘. Now the answer was invariably that he is single and there is not much to say about.

He often also like to already made jokes in which he literally gave expose. As he congratulated a colleague with a new plate by a nude photo to post with the plate in question in a strategic place. And he wished his fans a very cosy Saint-Nicholas party with a picture in which he and his bassist Jeroen Overman in bath.

On to yet another successful festival summer in 2017? Currently, Douwe Bob his sights especially on relaxing. He lingers now in Marrakech. At his return he should prepare for a great performance on Saturday 25 March in the Heineken Music Hall. Which then becomes for an evening The Fool Bar XL, a variant of Douwe’s own bar. On May 4 he sings during a memorial service for the victims of the second world war. And this summer he draws already present on Tuckerville, the festival of his musical buddy Ilse DeLange.

An international career, Douwe Bob can develop after the Eurovision song contest, but he remains at home selling success The Edison figurine that he was allowed to take home is in Netherlands a beautiful merit for his young career. Currently it seems his bar and The Fool Bar Sessions to focus. But hey, Douwe, when will that new single going on?