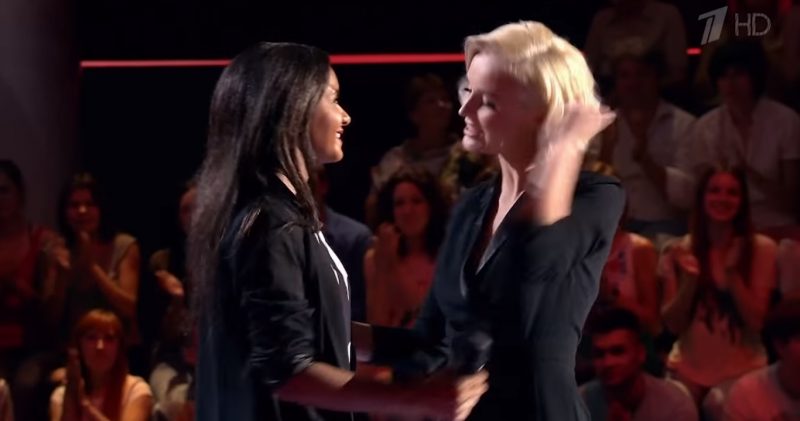 Russia-Polina Gagarina coach of Aminata in ‘ The Voice ‘

A remarkable reunion of two candidates of the Eurovision song contest 2015: in the Russian version of The Voice talent show came the Latvian Aminata Savadogo visit the team of the Russian Polina Gagarina.

Aminata took part last year for Latvia and then was sixth with Love Injection, the highest result for that Baltic country in a decade’s time.  In the same year, Polina Gagarina second for Russia with the song A Million Voices. Gagarina is now in own country become fixed juror in the local version of The Voice. One of her colleagues in the spinning chairs is Dima Bilan, runner-up of 2006 with Never Let You Go and winner of 2008 with Believe.

The Japanese Burkinabé Aminata stood in the blind auditions of The Voice with an old number of calculated Polina Gagarina. Eventually they turned their chairs and Dima Bilan for Aminata. Know in they wanted to Aminata in their team, but they eventually opted for her ‘ jaargenote ‘ Polina. They are now going to work together in the next round of talent show.

The blind audition by Aminata: