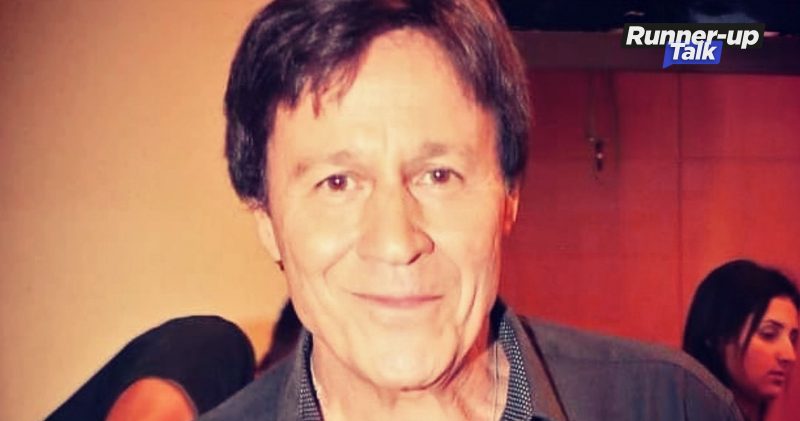 The winners of Eurovision stay well-known. But who ended second or third, is trickier to remember. In the series Runner-up Talk we interview those candidates, who ended first and second runner up and ask them about their experiences. Sometimes we use a video, sometimes the questions and answers are written out. This week: Avi Toledano from Israel.

Hello Mr. Toledano. How are you?

‘I’m fine. Do you prefer to do the interview in English or in French?’

I speak French, but we also have international readers so I think it’s best to do it in English. You speak French too?

‘Yes, I was in France for a few months. I stayed there when I came from Morocco, before I moved to Israel. I even recorded songs from Charles Aznavour! He was in the audience while I performed his songs.’

You are born in Morocco, but you live in Israel now. How did that happen?

‘I moved from Morocco to Israel when I was 16 years old, without my parents knowing about it. I lived there in a kibbutz. The day after I went to Israel the neighbour informed my parents where I was, I asked him to do so. I was in a youth movement with Jewish people. One day we decided to go to Israel. I faked the signing of my father so I could get there. There I served in the army. I was lucky, I was a musician so I played music for the soldiers.’

What was the reason you moved to Israel? You wanted to leave Morocco or go to Israel?

‘I’m Jewish. I’m born in the year that Israel was born. Back in the time Jewish people had no own country, I think you know the history. 7 years later also my parents came to Israel. My father died there, my mother moved to Canada where also my brother and sister lived.’

Did you immediately want to take part in Eurovision? You started your career already in 1969, has Eurovision always been a dream?

‘At first I took part in music festivals in Israel. In 1969 I took part in the singing festival, I became third (with ‘On the way back’). That year I recorded my second album, with a cover of a song of Mary Hopkin, participant of the UK at Eurovision. Also in 1969 I was chosen as singer of the year in the annual Hebrew parade, later I got that title two more times. In 1970 I took part in the first edition of a children’s song festival, which I won, together with Irit Anavi. Two years later I took part again in that competition, I ended up third. In 1974 I won the Children’s Poetry Song Festival and in 1976 the Beer Song Festival. I love festivals.’

Wow, that’s impressive. You had a massive career! Then why taking part in Eurovision? When did you decide you wanted to do that?

‘I’m writing a book about my career. I’m writing it in Hebrew, it will be translated to French and maybe English too. I’m at 20% of the book now. Eurovision I took part in because I wanted to become well-known internationally.’

What do you remember from after Eurovision? How did Eurovision influence your career?

‘After Eurovision I got a call from the president. He congratulated me for giving Israel an honourable result without winning. Otherwise they should have hosted the whole thing!’ (laughs)

Do you think Eurovision got its rightful winner in 1982?

‘I think so, yes. Later, I don’t know if it’s true, I heard that after Eurovision the composer said Nicole’s winning song was plagiarism. It was brought to court and Nicole lost the case.’

So if that happened before Eurovision Nicole might have had to withdraw and you would have won.

‘Or Germany would have sent someone else or Nicole would have chosen another song and still won. You never know what would have happened.’

Nowadays Eurovision artists often go on tour after Eurovision. Were there ever ideas to do that or did an artist just stay in his own country back in these days?

‘Even before Eurovision I already toured a lot! I performed in the UK, in Germany, France, even in Belgium! That was in the 90’s. While I was in England in 1973 the Yom Kippur war began and I went back to Israel.’

‘I wanted to. I couldn’t think about being out of Israel while my country was at war. After Eurovision I was asked internationally, I performed in Portugal for example. That’s the power of Eurovision.’

Two years before you participated, Morocco took part in ESC, so far the only time. Was it ever an option for you to take part for Morocco?

‘Yes, I’d love that! But Morocco took part only one time.’

What do you think about the Israeli Eurovision winner Netta’s song Toy?

‘It’s not my cup of tea. I like melodic songs.’

What do you think about the other winning Eurovision songs in recent years?

‘I liked Heroes, that’s a song that also would do well without Eurovision.’

Would you ever like to go back to Eurovision and if yes, as an artist or a composer?

‘No, I think I had my part. (laughs) Maybe I could write a song for someone else if they ask me, you never know.’

Is there an Israeli artist that we should know and maybe see at Eurovision one day?

‘There are so many artists! The Israeli music scene is so good nowadays. I can’t name just one artist.’

ESC coming to Israel in 2019 was very controversial. How did you watch all that?

‘I didn’t hear anything about that, but there are always people who complain about everything. I think Israel gave 3 amazing shows to the world.’

Do you still follow ESC today? What do you think about it now?

‘Yes, I still watch it! Unfortunately this year it was cancelled, but I hope that next year we can go back to music.’

From next year on, so far for only one year, the backing vocals are allowed to be pre-recorded. Do you think that’s a good decision?

‘No, I already didn’t like it when the orchestra was cancelled. Playback has something static. But in 1982 I had the impression that Nicole’s musicians didn’t really play on stage. I don’t know why they allowed that.’

What does your musical future has in store for you? You’re still performing?

‘Yes, of course! It’s what I was born for. When corona is over I will go back to the stage.’

Thank you very much and I hope you can perform again soon! I’m looking forward to your book!

‘I hope that all of your readers stay safe and stay healthy!’

You can watch Avi Toledano’s performance in 1982 here: