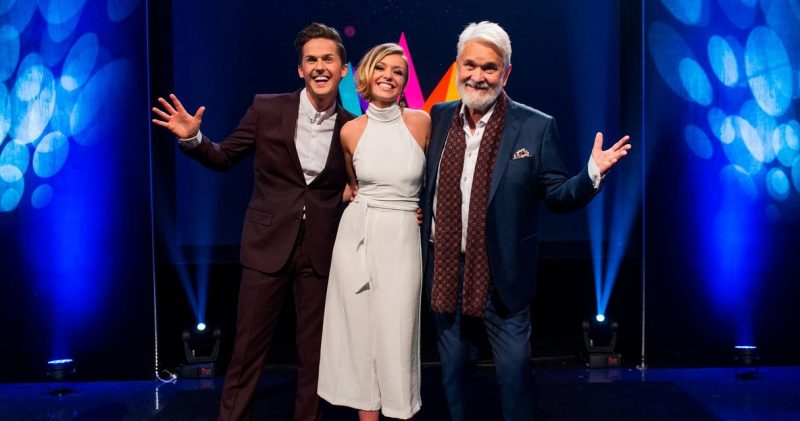 The Swedish public broadcaster SVT has announced this morning the three presenters for the Melodifestivalen presented national round.

It comes to singers Hasse Andersson and David Lindgren and blogger/comedienne Clara Henry. Project manager Anette Helenius of SVT indicates to be proud and happy about and with Melodifestivalen 2017, held between 4 February and 11 March. The final will be held in the capital Stockholm.

Presenters with ‘ Melfestervaring ‘ Hasse Andersson is a veteran what Melfest . The 68-year-old took part in the final of yet in 2015 Melodifestivalen and was fourth with the song Guld och gröna skogar. He also presents its own program on the children’s channel of SVT.

David Lindgren, 34 years, even took part in the Swedish qualifying round several times. In 2012 he sang Shout it Out (fourth in the final), in 2013, he was eighth in the final with Skyline and in 2016, he took eleventh place with We are Your Tomorrow. Also, David has experience as a presenter of the children’s channel of SVT.

Clara Henry should for the comic relief. The only 22-year-old blogger and comedian has its own channel on Youtube with some 400,000 followers. In addition, she has a own talk show on the Swedish commercial tv. She was at Melodifestivalen 2014 a backstage reporter for SVT Play, the online service of the public service broadcaster.