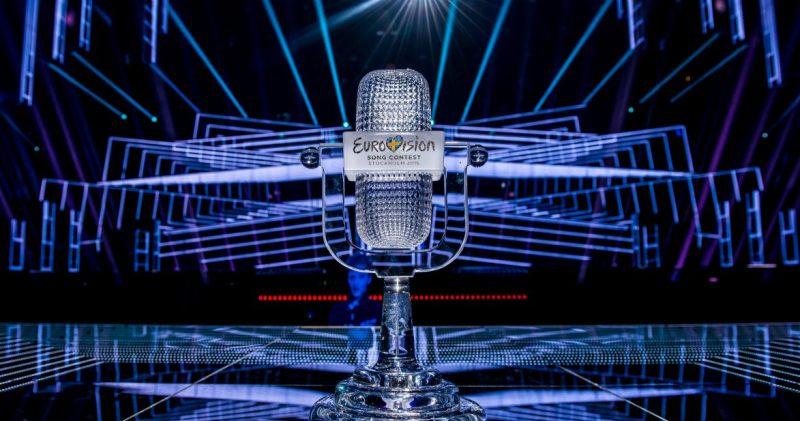 Tonight at 9 pm start the final of the Eurovision Song Contest by 2016, from the Globen Arena in the Swedish capital Stockholm. At the end of the broadcast will be crowned the winner of this Edition, which may take home trophy above. (Photo: EBU, Anna Volikova)

26 countries participate, with twenty finalists from the last two semifinals, host country Sweden and the countries of the big five (Germany, France, Italy, Spain, United Kingdom). The finale opens with a parade of all the candidates, followed by a short introduction by the presenters. Between the songs from Poland and Australia and that of Spain and Latvia there are short breaks.

Between the songs by, the focus is on including EBU spokeswoman Lynda Woodruff, the character of the Swedish Sarah Dawn Finer, and the American singer Justin Timberlake Rock Your Body , as well as in world premiere his new single Can’t Stop the Feeling will bring. There is also attention to Destiny Chukunyere, the winner of the JESC 2015, and the conclusion of the sketches Eurovision Nerd Nation.

The result is determined by the vote of five-Member juries and telestemmers by country, that starting this year, each separate points of one through twelve. Make the spokespersons during the voting just yet but the jury results and they read only twelve points for. On behalf of Belgium makes Umesh Von twelve points , known for the Netherlands is that Trijntje Oosterhuis, who last year took part and then the finals. Start the announcement of the jury around 23.45 points. At the end of the broadcast, around 00.25 hours, making Petra Fellow presenters and last year’s winner Måns Zelmerlöw the outcome of the public. The entire program of tonight’s show is at on the second (in Swedish) on the website of host broadcaster SVT.

This is the first time since 2013 that Belgium and Netherlands are diametrically opposed to each other again in the final of the songcontest. As you know, our kicks Laura Tesoro the evening on gang, Douwe Bob as third on the program, and is the Armenian Iveta Mukuchyan the bottom of service. The field tonight, on running order:

On One is from 20.40 hours a special broadcast of the talk show by Gils broadcast. In Velasco & the Eurovision song contest presenter talk with guest Sandra Kim and Johnny Logan as warm-up for the live broadcast. The comment happens this year live from the Eurovision location itself. Peter Van de Veire is therefore also present in Stockholm for One.

On NPO1 is from 20.25 hours on the way to the Eurovision song contest , broadcast a documentary on the preparations of Douwe Bob and a preview on the next semi-final. The duo Cornald Maas and Jan Smit, the Dutch commentary.

For the people who want to follow the final without commentator, the EBU an official livestream on the YouTube channel of the Eurovision song contest. From 21:00 can be seen online here .