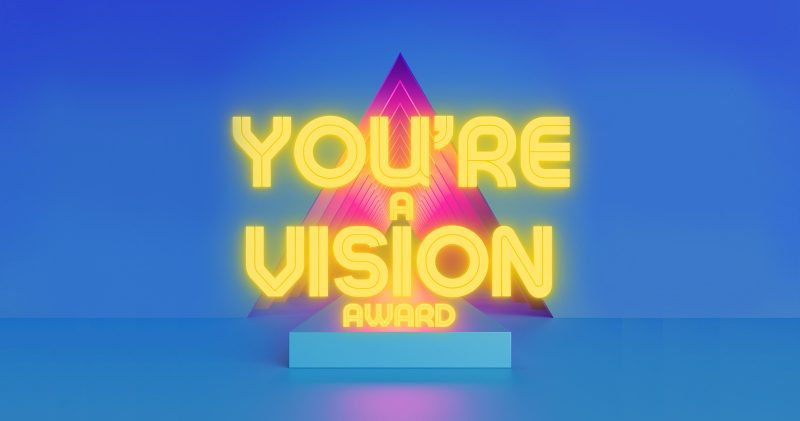 Eurovision fans were startled when we announced the demise of our Barbara Dex Award a few months ago. As announced back then, we consider it the right time to introduce a new prize with a more positive and inclusive message and that celebrates creativity and diversity. Following two rounds of voting, this new award now has a name too. We proudly present the You’re A Vision Award!

The moment has finally come: after we let you submit proposals for a new name and then let you vote on a shortlist, you massively voted in favour of the You’re a Vision Award as the new name to honour the ESC contestant(s) with the most remarkable outfit. We received over 8,500 votes and You’re A Vision won with a 49% share of all valid votes. The TIX Award came in second place with 31 percent of the votes, with ultimately the Verka Serduchka Award (15%) completing your top three.

With this new name, we aim to celebrate the creativity and diversity that embody the Eurovision spirit. The clever pun in the You’re A Vision Award name leaves no room for negative interpretations towards a single artist, which we at Songfestival.be wholeheartedly support. From here on, it will be business as usual though. Each and every participant of the upcoming Eurovision Song Contest in Turin is eligible to receive the new award. You will be able to cast your vote on the most remarkable outfit of ESC 2022 from the day after the Grand Final onwards, or Sunday 15 May.