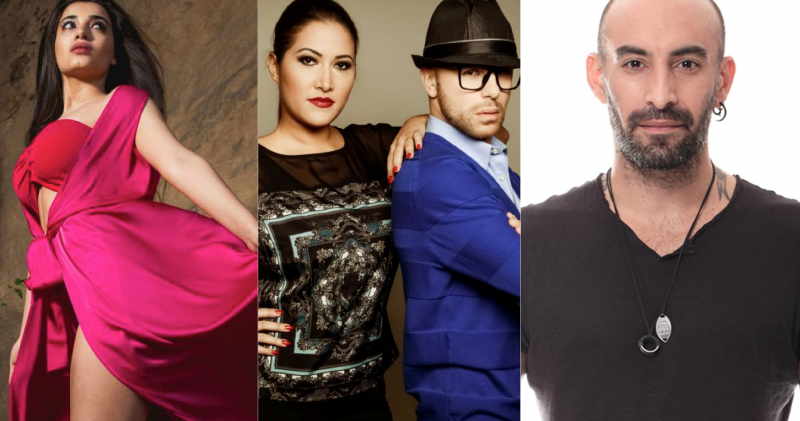 In the first charge reviews looks at us expertenpanel to the songs from Azerbaijan, Bosnia & Herzegovina and the island of Cyprus.

Dave Baker: This is formula music: a commercial tune, an addictive chorus and a meaningless singer. For years Azerbaijan will send most American (or Scandinavian) productions to the Eurovision Song Contest and this year is anything but exception to the rule. Although this undoubtedly by surge to the finals, I see no da for singer Samra in the offing. There is to contrived for Miracle . Just next year but again Safura Alizadeh or AySel & Arash (from 2010 and 2009, red).

Stijn De Guzman: Strong entry from Azerbaijan, very contemporary as well. The kind of number that is directly grijsgedraaid on the radio and that also by Sia, Katy Perry or Ellie Goulding could have been picked up. The chorus continues to hang directly and want to hear once again. As Samra live as good sounds, then I think this could be very high may end up in Stockholm.

Fabian Faber: This is contemporary and apparent, a factor that often consider in reaching points on a song festival. The stanzas and choruses have all the makings of this song to make a radio hit in several countries. Without spectacular clip continues to prop up this number, which means that the song is strong enough to survive. And it is not to the ‘ song ‘ that it runs during a Eurovision Song Contest?

Each Venner: Azerbaijan still does but since 2008 to the Eurovision circus, but knows the tricks of the trade already a hundred times better than our frog country. In Stockholm, they try it this time with a beautiful lady with equally impressive voice, and a good pop song lying in the ear with slim copied one Sia-riedeltjes. There, the Swedish song writers stuck what to do with it. No Oriental influences this year as with AySel & Arash, but I think this earworm without many problems by punch to the final. Really exciting isn’t it, catchy though. In unison: “mira, mira, miracle”.

Dave Baker: Bosnia & Herzegovina is one of those countries that always manages to qualify for the final. Or that too with Ljubav you will succeed, I doubt. Nothing really to the detriment of Ana Rucner that – where – beautiful cello parties add to the song, but the song is not innovative enough. That one has conscience, because it is not for nothing that the company met rapper Jasmin Fazlić Jala is. Sin, because thereby the ethnic character of the song ruined. No, just give me Lejla from 2006 or 2009 a Bistra Voda .

Stijn De Guzman: I could not believe that this is the same first Dane is that in 2004 with Chihuahuas, glitters and his ass was shaking at the disco. He spends his free time now prefer something exactly in the fitness than the sun bed. But enough about Dane, to the number and that makes me not exactly warm. Please note, I find it not bad and the rap at the end is a nice twist but obscures that the number a decoction is what we already have heard very often in the Eurovision Song Contest.

Fabian Faber: This song is slightly too long exposed to the Sun . This kind of songs and productions probably did take part in the Eurovision song contest when there still was no from me. Also I miss the magic between the man and woman who this song. I don’t understand a word of what they say. The act’s right fully if the song is about the fact that they do not know each other, they see each other for the first time and there is no single click between the two. Not my thing.

Each Venner: Right from the intro I knew this might be in my Spotify Top 100 of 2016 will end up. Ominous drums, a panflute, a Xena Warrior Princess-vocals and an ethnic cello: bring it on, Bosnia. I’m a sucker for that kind of Eurovision-bite-sized Balkan music. Idéé Ljubav you: no what it means, but Dalal & bring the Dane with a lot of pathos, gesticuleer and bad eyeliner. Bonus points for the nineties rapper who at the end of the song get some unintelligible comes rapping. It’s a bit like a Big Mac: you just know that it’s not quite kosher, but it eats yet so tasty way.

Cyprus: Minus One- Alter Ego

Dave Baker: This is a copy of with flurries of The Killers Somebody Told Me from 2004, but then an acceleration lower. And yet I find that anything but annoying. This rock song from Cyprus. Hopefully the men of Minus One same atmosphere on the Eurovision stage. That the team of the Swedish composer Thomas G: son behind the submission is, makes me feel free. Including Euphoria by Loreen (2012) and Warrior of the Georgian Nina Sublatti (2015) they have shown by mittens.

Stijn De Guzman: I suspect that the Cypriot Bon Jovi the clothes case of Mad Max: Fury Road have stolen. They may look underground , the song is very mainstream. Just as if they were listening to the radio for an afternoon and meanwhile out of all those hits become their own submission. The song is like a fondue dish: there are all sorts of vleesjes on, but in the end had you rather just balls.

Fabian Faber: What a song! This song shows various influences blend together into something new what yet familiar sounds. The power in this song, the whole arena where the Eurovision place immediately on fire. Cyprus could well be a good turn can make this year.

Each Venner: Cyprus this year sends a bunch of tough men who for the obligatory ‘ rock ‘ key concerns. Think: tattoos, pirate earrings, wild mane, screeching guitars and threatening glances. And you know you know that I’m still inside, the lead singer sings tremendously. He has indeed a bit away from a perennial Panchal with whom you accidentally ends up in bed after that cheap vodka shot too much. Yet but stay away from the beach bars in Cyprus this year. The song itself has little to fear, but if they bring their learning frakken to Stockholm, these rockers ever can qualify for the next round.

Watch our experts Tomorrow to the songs from Estonia, Iceland and Malta.