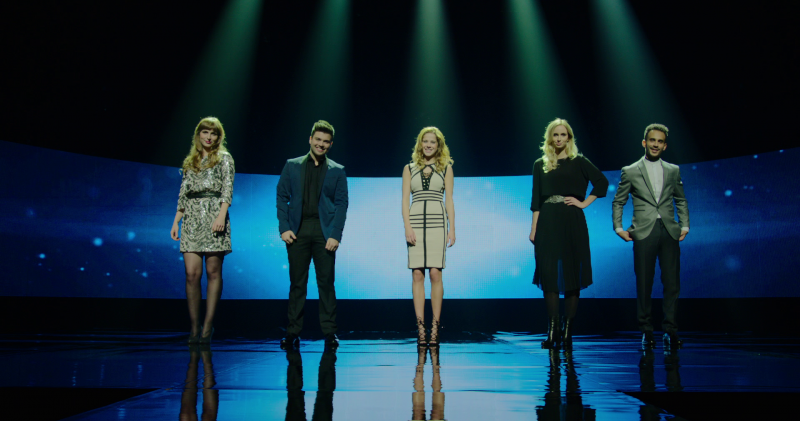 British jury member from ‘ eurosong 2016 ‘ flips from the confessional

Almost a month after the final of eurosong 2016 has one of the jury members told about his experiences. On the website escinsight.com shares the Scotsman Ewan Spence his thoughts on what it was like to sit on the jury of the United Kingdom.

Spence writes in his account that he just before Christmas last year an email received from the VRT with whether he was one of the five British judges wanted to be in the final of eurosong 2016, on Sunday 17 January. On the approach of the VRT, he writes: ‘ the team of the VRT was very laissez-faire. In addition to a confirmation that I was sitting in the jury and technical details on how and on what gigs I would vote, there were no large warnings or screenings to follow. All happened online, so there was no need to go to the studio. But I went anyway because I like to national finals go! ‘

‘ Each time a national final is finished, the rumor that the jurors should have followed instructions, because how else would this result can be explained. I’ll show you a little secret: the VRT gave the jury indeed instructions. And these are they:

Please try asking yourself what action you personally the most convinced, try not to think of the song contest.

And that was it. It was Sunday afternoon, maybe seven hours for the live show, and I had my orders, along with five movies of the rehearsal of Saturday night and a document to fill in with my ranking of the five songs. ‘

Contact with his colleagues prior to the final was not there: ‘ after the final I could talk with the other members of the jury. I was glad to see that other members of the jury the songs had looked in a different order . That was a smart decision to reduce bias, because with five judges and five songs, it was possible to each song a different place in the running order. ‘

Spence gives his own top-5 of the final price, but not yet let light shine on the field: ‘ when I look back to my notes, I see that all the songs something that had not completely knocked out. A lack of emotional connection to the camera, embarrassing dance moves, a lack of self-confidence, and the sudden appearance of a spider’s Web ‘, with which he refers to the occurrence of finalist Amaryllis. “No one put out above ground level and could convince me that he or she had the desire to win. They wanted it all do well, Yes, but no one screamed star power on the screen. ‘

What struck him most was the lack of socks: ‘ everyone had decided not to wear socks, including the background singers. And the cameras did everything to make it also on the screen show that Belgian fashion comes to lack of socks.

‘ When I now look back on the process, I am confident that the Belgian broadcaster (VRT) for round in a fair and balanced way. At any time they were open with me about what they were looking for, and I had some conversations to business done. All those organization is not seen by the public, to see that only someone who gets the points for reading. ‘

This article contains translated pieces by Ewan Spence’s analysis on escinsight.com. That analysis is the only source of this article.