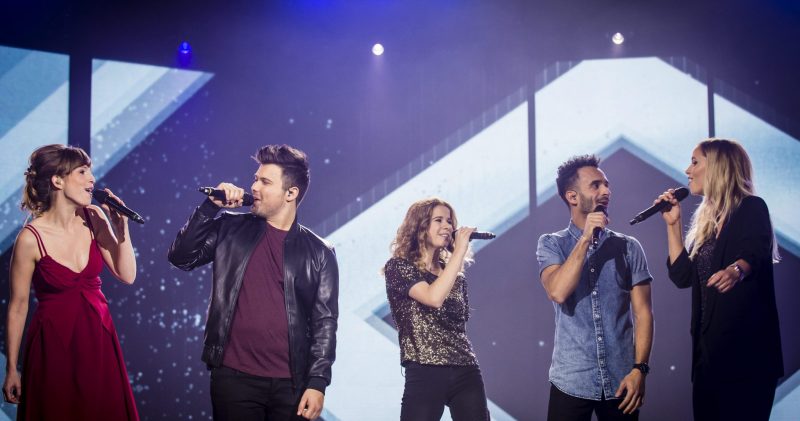 Also the final of eurosong 2016 has no pots broken in viewership in lists. Figures from the VRT Research Department shows that there are exactly 978,112 Flemings Laura Tesoro yesterday evening saw win.

The broadcast yesterday took out something more viewers than those of last week (964.112) but still less than the first episode, two weeks back (984.772). The same we see at the market share: episode drew a 38.1%, two 35.8% and the apotheosis 36.5% of all yesterday on Flemish television-watching.

Although the viewing figures remained fairly stable throughout the three broadcasts are, it is not up to much right away that a Flemish live production on Sunday night on One less than a million viewers. The final of eurosong 2016 was the fourth most watched program of the day. Sports weekend and the zevenuurjournaal, the fiction series The eleventh of the eleventh could all more viewers.

In the chart below you can see the viewing figures of the final of eurosong from 2002 to now. 2004 was the absolute top year with more than 1.9 million viewers. In 2010 it just went to show a one-time presentation of the song of Tom Dice, and the low viewing figures of 2012 is explained by the short program on Saturday night in which Iris her two songs if proposals. 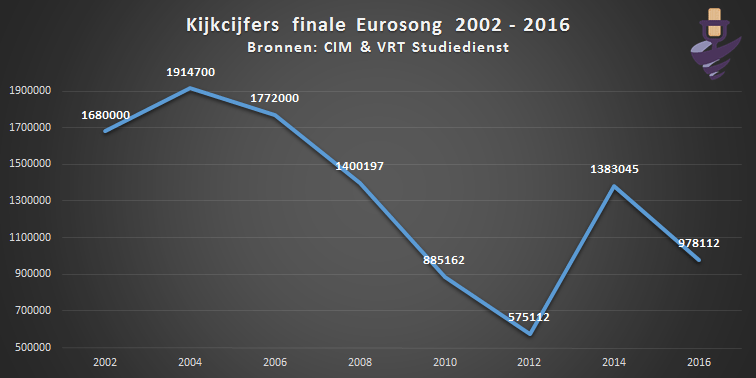