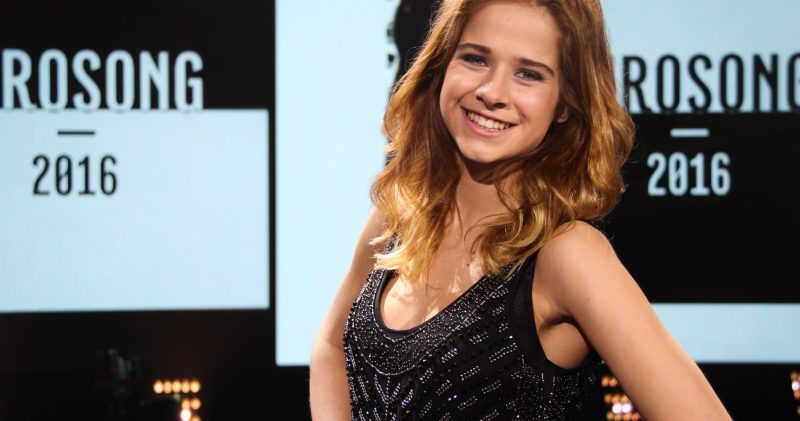 Sunday evening was Laura Tesoro bombarded to our candidate for the Eurovision song contest. We could speak very briefly, but also her when the day after she was to speak to us. It starts gradually at the young singer to penetrate that they should to Stockholm for our country. Its goal is to make Belgium proud.

Laura was before the start of the final of eurosong 2016 towering favorite to win, but they stressed that they themselves not at all thought of winning. ‘ When I was in the final of The Voice , also on my name popped up in every newspaper. I’ve been there. In the end I was only second. The media might have positive, no one had seen my act. I had a hunch that Tom would win Frantzis, that feeling I had already for the beginning of the live shows. When I ended up in that super final started naturally to me to penetrate that I suddenly made the show much chance to win. I was hoping that I would hear my name soon! ‘, says Laura excited.

International fansites would have preferred Tom win and also the countries see juries gave him many points. Tesoro is aware that not everyone is of her wild song, but that she can live with that. ‘ I think that criticism is not very. There must be freedom of expression. Not everyone needs my song to like it. ‘

Here and there we read that the intro of Laura’s song still looks suspiciously like Another One Bites The Dust by Queen, but our candidate for Stockholm tilt there not too heavy. ‘ I find those comments especially funny. The intro seems a tiny bit on, that’s all. My song sounds totally different. Eventually, I see it as a compliment that some my number compare with that of Queen. ‘

I write a song and I just had a plate of Queen listened to. ️ pic.twitter.com/sQ8aVBuQoC ✔ check!

“I want to give my best performance ever in may ‘

‘ I now have until May to get everything perfect. During eurosong were my backing vocals not live, that should in Stockholm though. So I hope to find one that can sing and dance. It’s too early to say how my final act and outfit there will be. I am definitely going to follow up the Council of Hadise and again choose nice sneakers. And my act? The basic concept will probably stay the same, but on the stage in Sweden should it all what grander. My act there must be. I want to give my best performance ever in may! ‘

Laura also goes to her voice work, because the combination of singing and dancing turns out not to be so obvious. ‘ I’ll be working with a voice coach. What’s The Pressure is not the easiest song to sing, but it is written for my singing voice. I know how it should be. My performance will always be with balls . I have no voice that flawless or is clear, she is rawer. ‘

And when is Laura’s Eurovision participation succeeded? ‘ The expectations after last year are of course high. “I want to give the best of myself and the Belgians as proud as last year. I don’t want to play second fiddle to Loïc Nagashima, certainly not! ‘