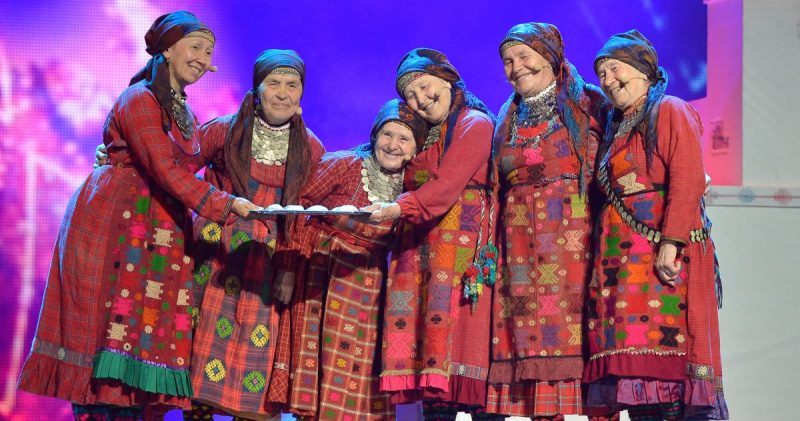 The female trio O’G3NE will represent our northern neighbours in the Eurovision Song Contest by 2017. A common criticism is that girls groups rarely or never scoring in the match. But is that so? We take some striking examples.

The trio Sung had the Netherlands in the Eurovision Song Contest 1970 won and if in front of a home crowd (Netherlands was host of the ESF 1970) Aquarius . Only since 1971 groups may take part in the Eurovision song contest. Therefore, the trio took part under the name p & Hearts of Soul, so it looked like the two sisters of Patricia, Bianca and Stella were only backing singers. The trio finished in the middle bracket.

Eleven years later the host country also came with a girls trio. Maxi, Marion Fossett and Frances Campbell formed Sheeba. With their futuristic outfits and catchy song about horoscopes they palmden the bottom of the top five in.

At a time when both the results as the animo on a woefully low rate in Germany, there came an unexpected success. The girls trio MeKaDo, consisting of Melanie Bender, Kati Karney and Dorkas Kiefer, stood on the Eurovision song contest in Dublin with the song Wir geben ‘ ne Party. It was written as if it was almost an English entry and was the first Eurovision entry that referred to hip hop music. In a Eurovision Edition dominated by understated numbers stuck MeKaDo above ground level. A bronze medal was the end result.

Around the turn of the century the number of girls groups peaked on the Eurovision song contest. Many countries took the mustard at worldwide success as the Spice Girls and thus tried to score in the match. However, often to no avail. Decoctions from Croatia (1997), the United Kingdom (1999), Malta (1999) and Norway (2000) all finished outside top ten of the rankings. A special mention is reserved for the trio XXL, that with the 100% ljubamsong, the choreography and the lack of vocal performance has acquired a cult status with fans. The country was still fifteenth, but only thanks to high points of neighbouring countries.

The Swiss had chosen internally for Vanilla Ninja, consisting of three Estonian rock chicks Lenna Kuurmaa, Katrin Siska and names with the Piret Järvis. With Cool Vibes Switzerland delivered their best performance since 1993, which to this day have not improved or even matched. Nice detail: also in 2005 Estonia remained mired in the semifinal with Suntribe, a girl group.

And back to our northern neighbors. Caroline Hoffmann, Niña van Dijk and Djem van Dijk as Treble won the National Song festival, encouraged by their hit Ramaganana from 2004. An impromptu promo tour in every European country put anodyne. Amambanda ended up in the lower regions of the semi-final.

That girl groups can actually score, was proven by the trio Serebro. Elena Temnikova, Marina Lizorkina the group consisting of and Olga Seryabkina was specially composed for Eurovision, and achieved success. They cease not their ambitions with their song title, Song # 1, but in the end had to settle for the ladies with the third place, despite or perhaps just due to their spicy tinted act.

2010: Croatia (took out not final) Feminnem had already represented Bosnia & Herzegovina in 2005, with a spot in the middle bracket. In 2009 there was a member left the group, and in a K2 are looking for K3-like talent show a new person wanted. Pamela Ramljak, Neda Parmac Antolos and Nikka won with force majeure the Croatian Eurovision heat Dora and were high at many a fan. But it was all to no avail. Lako je sve, ‘ everything is easy ‘, was killed in the second semifinal in Oslo.

And we can not but the list close with another Russian entry. The best scoring girl group ever in the Eurovision song contest consists of nearly all elderly group members. The sextet Buranovskiye Babushki ((photo: Russianmind.eu) was third in 2010 already terminated in the national final, but could really win two years later. Party for Everybody Who, was sung in a language of an autonomous Russian Republic, and some in English. Especially the telestemmers feast of the tomatoes and showered them with their baked cookies and vote. Eventually had to Russia only Swedish Loreen.