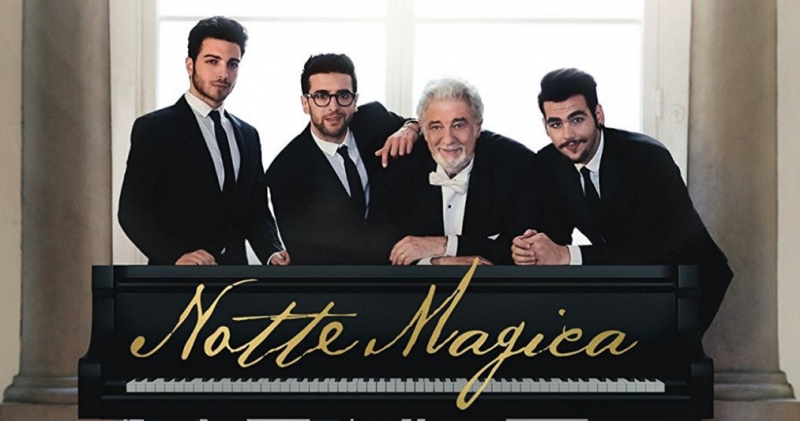 Il Volo has released a new album. And that is one to be proud of. Notte magica – A Tribute to the Three Tenors is a tribute to become a concert that took place on 7 July 1990 and earned a place of honor in the Italian music history. That day trading Josè Carreras, Placido Domingo and Luciano Pavarotti together on at the Teatro delle Terme di Caracalla in Rome as ‘ I tre tenori ‘ (the three tenors).

And so do the men of Il Volo now, 26 years later, again. About anyway, on a cd. The three Italians were not yet born when the unique concert took place, but are raised with the music and consider the three tenors as examples. On the album are songs such as Nessun dorma, O sole mio, Ave Maria and My Way . To complete the picture is Placido Domingo himself Non ti scordar di me singing along on the album.

Domingo did sing along also on 11 October. Il Volo was then on the stage at the Piazza Santa Croce in Florence with Una notte magica – Tributo ai tre tenori,  a unique show directly on Canale 5 in Italy. The intention of the album and this show is to the music of Carreras, Domingo and Pavarotti also to a younger target audience.

The album is online for sale.