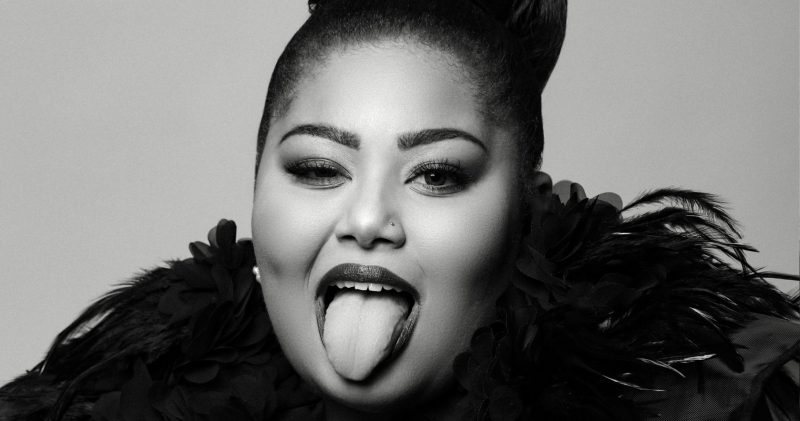 10 minutes with Destiny: ‘Good things take time, that’s why the release of the song took so long’

Our editor Matthias got the chance to speak with Destiny for a moment, the Maltese representative at the Eurovision Song Contest this year and current favourite. Underneath the written out interview with the video.

Hi, Destiny! Thank you for wanting to do an interview with us, you must be one of the most interviewed women of Malta for the moment. About your song for Eurovision, Je me casse, we had to wait very long for the song, even until the last day. Was there a reason for that? Did you think ‘I have a strong song, I have to wait as long as possible’?

‘To be honest, good things take time and this was one of those moments where I had to take time to have a great product. That’s the reason behind all of it, to be prepared and when it was our time…’

So you just worked a lot on it to make it perfect. About the song title, strangely enough maybe for Malta it’s in French. Why wasn’t chosen to do it in English or Maltese? ‘I’m out of here’ for example…

‘My authors and composers came up with a great idea and it was working, so I just went with it. I’m really happy I did, because it’s doing incredibly well. I just had to trust them and now I’m happy with what I decided to do.’

(laughs) ‘I’m learning a bit French, a bit, so I’m not confident yet to speak in French.’

Okay, we will continue in English then, that will be easier for the moment. While writing the song, it has a special sound, a bit 20’s sound I believe, did you have a few songs or an artist in mind that were an inspiration?

So you knew how you wanted it to sound.

‘I knew I wanted it to sound with a swing but pop at the same time, that’s why I went for Je me casse.’

Can you maybe reveal something about the act already?

(laughs) ‘I think secrets are there to be kept.’

That’s the answer I expected. Maybe a small hint, at Junior Eurovision you were shoeless on stage, you won. At the main Eurovision there are five winners who performed shoeless. Maybe that’s something you can do.

Maybe there will be a shirtless man on stage? I’m joking now because I wanted to touch the subject of the video clip shortly. Some people saw the video clip of ‘Je me casse’ as sexism. Do you think that is because people want to see men and women as equal? They think a sexy woman in a video clip is sexism, so a shirtless man must be too.

‘I don’t think so. The aim of the video and the message are all about women empowerment. I wanted to show that a woman doesn’t need a man to be successful and independent. She can be independent and successful on her own, if she works hard, if she believes in herself. That’s what I wanted to portray in the video, that’s why there was a man and I was teasing him. At the end of the day people think that man can… Not take over but people maybe think that men are better than women. I wanted to show that men and women are equal.’

That message came through in the song, indeed. Are there, again about the staging, I’m not trying to figure something out, but will there be an element for 2020 that will be used this year instead?

‘Obviously the songs are totally different, so no. All I can say is that I will be the same on stage.’ (laughs)

Luckily! About the back-up recording, you recorded it in Sofia, Bulgaria. Was there a reason you chose for that city?

‘I think you should ask the broadcaster, it was their decision. It was not my decision, but I really enjoyed it and it was a great experience.’

We saw on your Facebook page that you met a few Eurovision artists. Stefania from Greece, Victoria from Bulgaria and Poli Genova from Bulgaria as well. Did she give you some tips?

‘Yes, we spoke for a long time, she was like ‘I’m going to be supporting you.’ She messages me a lot, she’s so sweet and I really love her. She was like ‘You can do this, enjoy your time while you’re there, make friends. I’ll be supporting you all the way from Bulgaria.’ I said ‘You’re so sweet’.’

That sounds like a very nice conversation. Do you feel differences between Junior Eurovision and the adult Eurovision?

‘Obviously there are some differences. I think Junior Eurovision is more relaxed, you make new friends, you enjoy the time there. Eurovision is a bit more kind of stressful in a way. It’s not stressful because I really enjoy it, but there is more pressure.’

I can imagine. So you aren’t too impressed by your favourite position with the bookmakers?

‘To be honest, as I always say, I’m just focused on delivering an incredible performance and enjoying my time on stage. Making new friends and meeting them face to face. I’m so looking forward to seeing them all. Whatever happens is just an extra value. The experience. We just wait and see.’

That experience, will it feel less intense this year? Except for the official events you will have to stay in the hotel all time.

‘I think we can focus more on ourselves as artists. We have more time alone and we have more time to focus before going a rehearsal and more time to rehearse as well. But obviously I wished it would have been an enormous scenario, we would all stay together, enjoy our time together, make pictures, maybe TikToks. It’s a bit sad.’

Maybe you can come back one day to live the full experience.

In case you keep that favourite position and bring Malta the first victory, where would you host Eurovision? Valletta? Birkirkara (her home town)? I thought there were plans for an arena on the Mediterranean Sea.

(laughs) ‘To be honest, I don’t know. I’m not the broadcaster, I can’t answer this question, I’m really sorry. We’ll see. We’re working hard, a lot. Whatever happens just happens. We take it step by step.’

‘Obviously it has to be Soldi, Mahmoods song and obviously Chameleon, Michela’s song. Two artists very close to my heart.’

My next question would have been your favourite Maltese Eurovision song, but you have answered that by now.

You performed at the Eurovision stage already, as a backing singer.

‘Yes, with Michela. She’s a great artist and a great friend. I’m so lucky to have had the opportunity to experience the journey with her.’

Thank you very much for that!

‘Thank you for the interview, I have to run because I have something else now.’

No problem, thank you for your time anyway. I will leave you, good luck with everything.