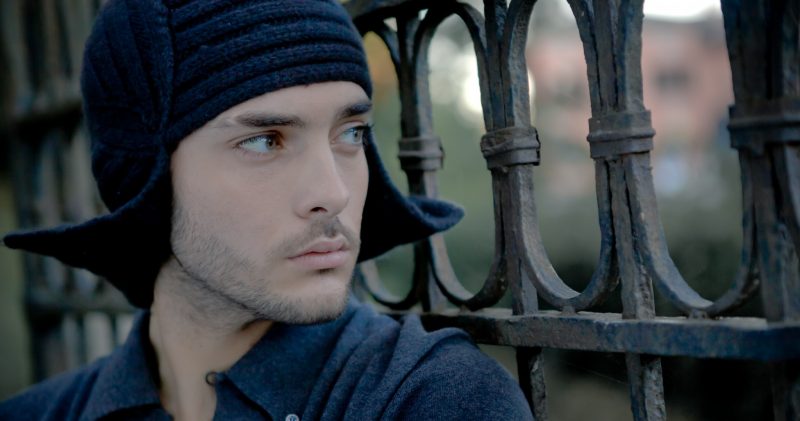 half a million euros for participation ‘ asks ‘ Broadcasting

Mini State broadcaster SMRTV, San Marino, is under attack. Some artists claim they were asked to represent the country in the Eurovision song contest, but there would be a fair price tag.

The controversy began late last year. Singer Tony M, which in 2010 the category Nuove proposte won at the festival of Sanremo, placed a story on facebook. He was approached by an employee of the SMTV asking if he wanted to sing on behalf of San Marino in the Eurovision song contest this year. The snag fell pricey: M had to half a million euros on the table itself for its participation to sponsor. According to the person who contacted him should with that money the participation fee to the EBU, the podiumact and promotion costs are covered. 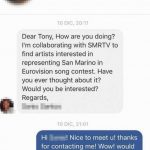 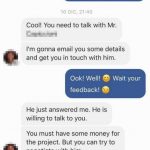 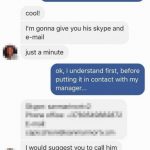 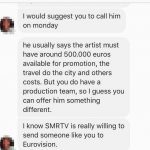 ‘ Music is sacred to me. They have found the wrong person to propose such junk to. With all due respect, but with 500,000 euro I buy a House ‘, the singer let you know via facebook.

Yesterday became known that the Italian singer Arisa Sanremowas contacted by the SMRTV. Against the magazine Quotidiano she said: ‘ I think the song contest is a great opportunity, because my music is very Italian. San Marino has asked me to participate, but it would be 300,000 euro costs, and invest that money I can’t. The amount is also too high for my record company. It’s a shame because with a chance abroad can happen. ‘

The broadcaster itself responded by now, and denies everything. Alessandro C, the Sanmarinese delegation head at the song festival, said the following: ‘ We have no contact with Mr. M, or anyone given the approval to do that in our name. We do not exclude that there are false pretenses in the game, because our names are easy to find on the internet. ‘

It’s no big secret that the broadcaster of San Marino the artists and/or their management ask yourself the cost for the Eurovision song contest. In the country San Marino live less than 40,000 people, and also has a tiny budget that SMRTV cannot provide for all costs associated with a song festival. Last year was the Turk Serhat attracted to take part, and in the past took Valentina Monetta three times in a row each time part-allegedly paid by oercomponist Ralph Siegel.