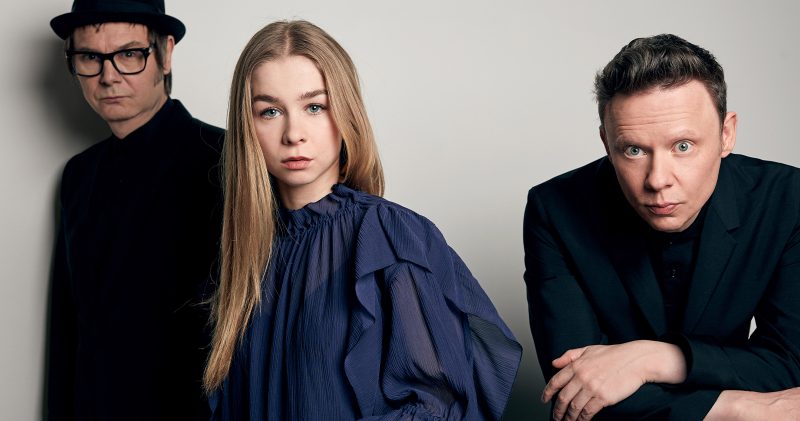 No, Hooverphonic didn’t say Eurovision is a circus of ‘bad taste’

Hooverphonic allegedly said on VRT’s radio station Studio Brussel that the Eurovision Song Contest is a circus of ‘bad taste’,  and that they are the odd one out with their ‘pearl’ Release Me. However, their words have been completely taken out of context. Here is what they really said.

Hooverphonics frontman Alex Callier said that he is regularly being asked what the group is doing in Eurovision, to which he responded:

In the circus of ‘bad taste’ there is also occasionally room for a pearl. That is our mission. A lot of people who criticize on social media didn’t watch the show for a long time. In recent years there has been a change with songs such as those by Salvador Sobral and Blanche. Where was the climax in their songs? I don’t understand why many think you still need that big power ballad.

Alex wants to emphasise that he realises that many people look down on Eurovision and consider it a circus of ‘bad taste’. But the recent years have proven that there is also room for pearls, hits that are successful. His words may have been a bit unfortunate, but Callier has in no way shamed the contest or its (former) participants.

Unfortunately, VRT’s own news outlet VRTNWS published an article in which the so-called circus of the ‘bad taste’ was in the headline. If you only read that title, it would seem that Alex Callier had given his opinion about the Contest. The editors of the news site have meanwhile adapted the title to: “Let’s be the odd one out in a competition of confetti and fireworks”

Our editor Gunther gives you all an update on the misunderstanding:

When articles get translated it can create miscommunications. This happend to @hooverphonicoff 🙁 We, as a Belgian website regarding @eurovision , felt the need to give a reaction on what happened and where it all went wrong. Take your time and listen to a very simple explanation about this situation. They are professional musicians and will never bring down other artists or songs competing in the contest. #justiceforHooverphonic #Eurovision #OpenUp #Eurovisionisnotacircus