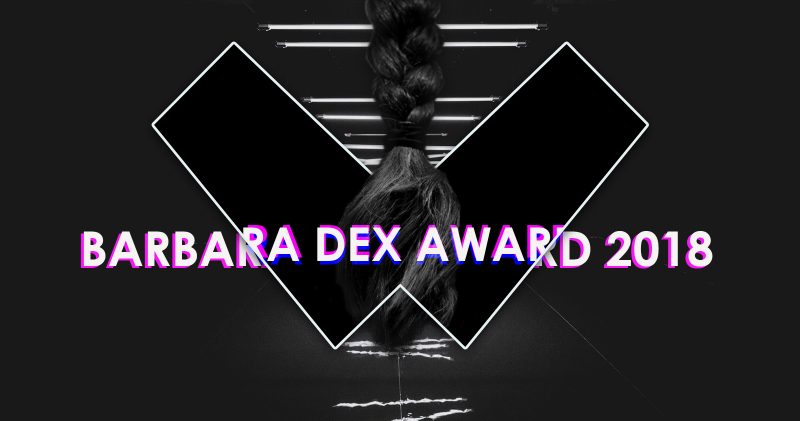 After the victory of Montenegro’s Slavko Kalezić and his ponytail, the singer himself luckily revealed to us that he sees his Award as a huge honour. We can only hope that his successor(s) will think the same, because voting for the 2018 Barbara Dex Award has officially started!

Since last year, the popular award for the worst dressed artist performing in Eurovision is handed out by the Belgian Eurovision website Songfestival.be. The voting has since become more modern and fair, leading to a huge surge in votes cast. The voting window has opened, and will close on Sunday May 20th at noon Central European Time. Click here to vote for your favourite!

The Barbara Dex Award was named after the Belgian Eurovision representative of 1993. Barbara Dex wore a self-designed dress, which sparked a lot of debate at the time – but not exactly in a very positive way… Therefore, in 1997, Dutch Eurovision fans started holding an annual vote for the worst dress artist in the Eurovision Song Contest.

Last year, Slavko's hair braid helped him to win our Barbara Dex Award, handed out by Songfestival.be. Who will join…