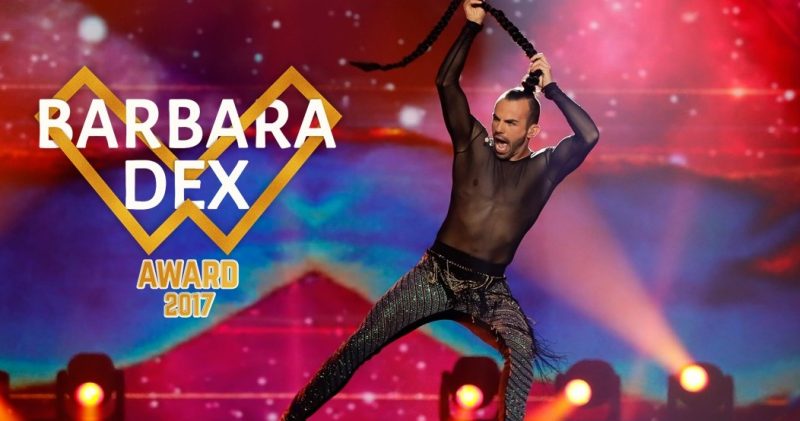 Slavko Kalezić from Montenegro is this year’s winner of the Barbara Dex Award. The singer got the most votes. The prize is awarded each year to the worst dressed artist at the Eurovision Song Contest. Triana Park from Latvia and Martina Bárta from Czech Republic came in second and third place. The Belgian website songfestival.be hands out the award this year and received thousands of votes.

Slavko didn’t win the 62th Eurovision Song Contest with his  song Space, but he still gets to take home a prize. The singer gets an award for his rather remarkable outfit, one we will probably not be seeing on the red carpet anytime soon … The men’s high-knot pony tail helped to get a lot of votes.

Latvia and Czech Republic came in second and third place. According to the voters, these artists were dressed the worst on stage during the Eurovision Song Contest 2017.

Votes from all over Europe

The Barbara Dex Award is a very popular prize among the Eurovision fans. The Belgian website Songfestival.be, who hands out the award since this year, received thousands of votes from all over Europe, and Australia.

The Barbara Dex Award is named after the Belgian Eurovision contestant in 1993. She wore a dress she designed herself, a creation that caught the eye of a lot of critics. Sadly not because it was so beautiful …