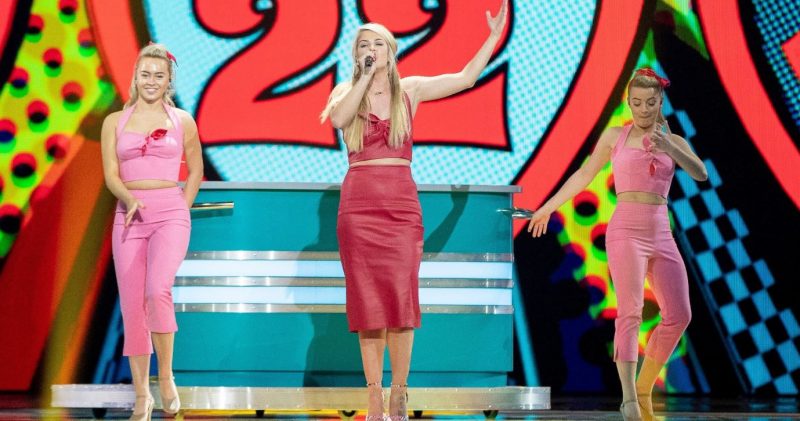 After the victory of North-Macedonia’s Marija Ivanovska, part of Eye Cue last year, we will soon again open the voting for the (in)famous Barbara Dex Award, where we look for the worst dressed artist of this year’s Eurovision Song Contest. Let’s take a look at some possible contenders from the second semi final. The voting window will open Sunday at noon after the grand final. 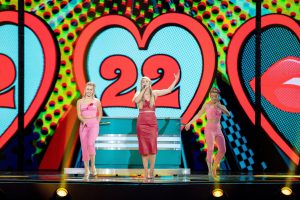 The Irish contestant didn’t make it to the final this year, but maybe she can win the Barbara Dex Award 2019. The American diner style doesn’t fit the song, it makes it even more uninspired than it already was. 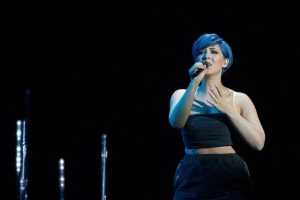 Austria keeps it simple this year. Black sweatpants and a black top makes her outfit. Maybe not the most remarkable outfit, but it didn’t surprise in a good way. Her outfit didn’t get her a spot in the final on Saturday. 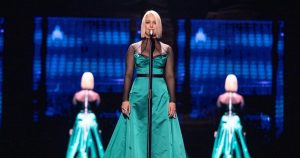 Probably Tamara’s daughter helped her to make this choice. The dress looks like it came from Frozen. Maybe someone should have told her to ‘Let it go!’. The dress distracts a little too much from the song, which is sad, because she sings wonderful. 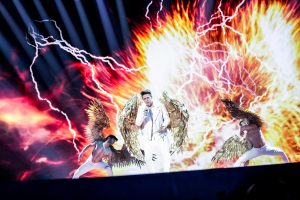 Roko’s song sounds very dramatic, so the Croatian delegation tried to match it with a dramatic look. His golden angel wings don’t give a lot of meaning to the song, and are rather distracting.  The rest of his outfit is very simple, but maybe that is a good thing. 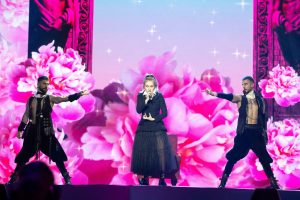 This year’s Romanian entry also embodies the spirit of the country. Dracula’s taste of fashion may spring to mind, and that is probably what they intended. The outfit may appear scary, but also looks a bit like a school uniform. Romania’s singer didn’t make it to the final this year, but can she win our award? It’s all in your hands!

Voting in this year’s Barbara Dex Award opens this Sunday, May 19, at noon. For the third time, the award is handed out by Songfestival.be. The award was named after the Belgian Eurovision representative in 1993, who wore a self-designed dress which has become very famous since – but not because of the beauty of it…