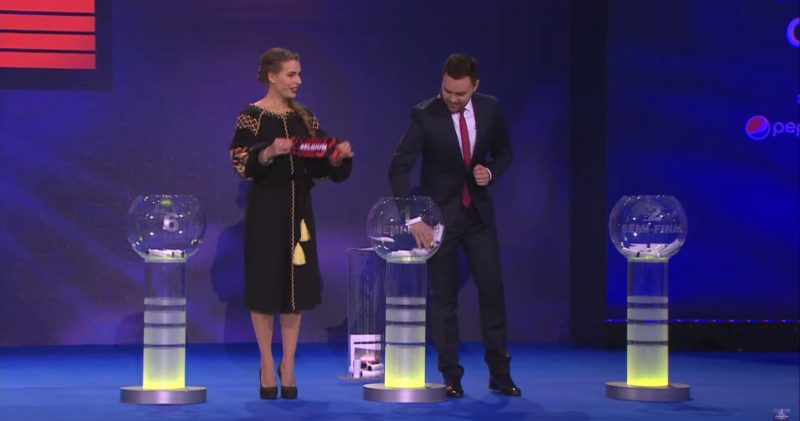 The so-called for the allocation draw Eurovision Song Contest 2017 was held today in the Ukrainian capital Kiev. We now know in the semifinals Belgium, Netherlands and all other countries will took office in May.

All countries and their distribution over the semi-finals:

After a few speeches were then divided the 37 countries over the two halves of the two semifinals, on Tuesday 9 and Thursday 11 May. The actual running order is determined by the producers of the ESF 2017, after all the songs are known. That already happens since 2013, with the intention to avoid that there are too many similar songs would come after each other.

There was also drawn vote in the six countries which are already sure of a place in the final. That was host country Ukraine and the countries of the big five (Germany, France, Italy, Spain and the United Kingdom). In each semifinal will vote three of the six qualifiers , along with the actual participating countries.

Already were two countries sure of their position: the Swiss broadcaster has in any case been given permission by the EBU to take part in the second semifinal. On the day of the first semifinal, the Swiss has been a key soccer and ice hockey game. Switzerland will therefore only be drawn for the half in which the country takes office. German broadcaster of the EBU may also vote in the second semi-final. We also know that there are a total of 18 countries will take part in the first semifinal, and nineteen to the second.

Italy, Spain and the United Kingdom votes in the first semifinal, from Tuesday 9 May. Germany, France and Ukraine votes in the second semifinal.

The 37 countries of the semifinals were divided into six ‘ pots ‘. That have been compiled by Digame, the German company that since 2004 all televotingresultaten counts, based on the voting behaviour of recent years. The usefulness of the pots is avoid all countries that invariably points give each other in the same semifinal would occur. The pots for this year can be found below: