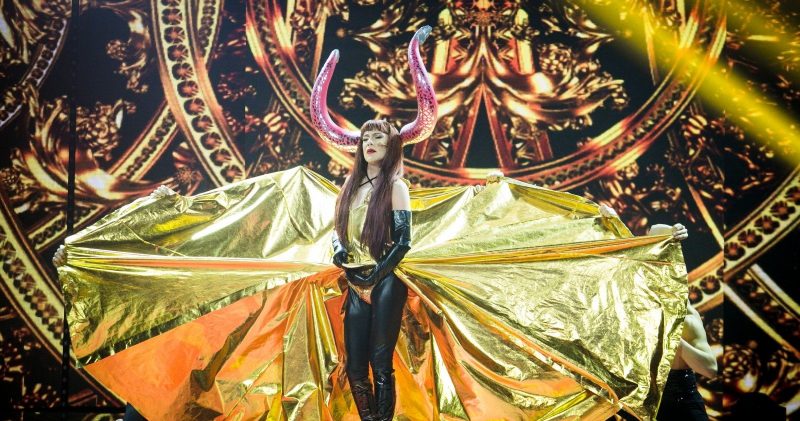 Not six, but 7 candidates will have their chance in the finals of the elongated Lithuanian for round. Transvestite Lolita Zero, which are very popular with the public, has received a wild card at the last minute for the show. The broadcaster had opened an online vote in which voters were allowed to choose who had to get the wild card.

Six entries had a chance on the coveted wild card. Ex-Eurovision participant Sasha Song took out 5755 voices within and thus ended up in second place. No final so for Sasha. The vote was with 7495 votes won by transvestite Lolita Zero. She will her entry, seen by many as a Carnival song with dito circus act, may Get Frighten sing during the final. Lolita was during the past shows every time very popular with the Lithuanian public, but the juries gave her striking low points making them on hair after the final had missed. According to viewers was that rigged and there came a petition to the transvestite still a ticket to the final. It is not clear whether the vote for the wildcard there has come to do something about all those evil comments.

Lolita with Get Frighten: