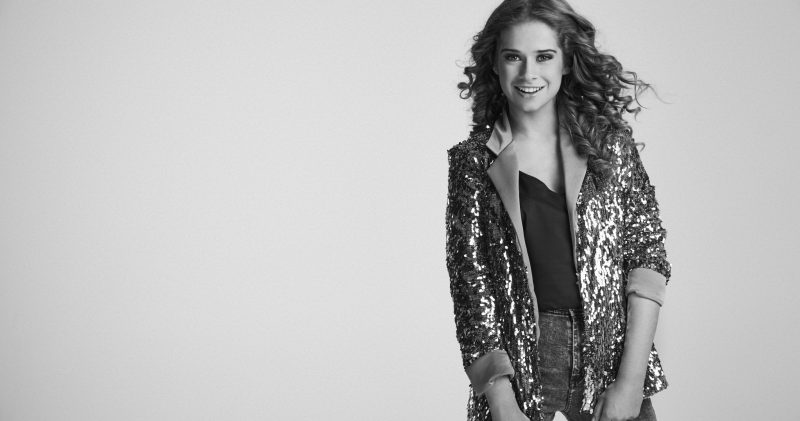 Why Laura Tesoro the final picks

Tonight is then Laura Tesoro in the second semifinal with the intention to win a ticket for the final on Saturday evening. We are convinced that it will succeed. An anthology …

It sounds strange, but it is not at all surprising when you consider how much they the hearts of its fans and press. For her arrival had few people interested in our compatriot and her song. That is now very adjusted. Everyone learned Tesoro common as an active spring-in-‘t-field which is always positive. The moderatrice at the press conference itself had to admit they opvrolijkte the space immediately with her presence. They grew just about to the darling of the Eurovision song contest.

is one of the youngest participants in the Eurovision song contest.

Not only her positivism jumps into the eye, also her age is a plus. Laura Tesoro exudes youthfulness. Her nonchalance is reminiscent of Lena Meyer-Landrut, the playful look to Alexander Rybak. Tom Helsen said last Tuesday night in Velasco & Eurovision that she looks even younger than her 19 springs. This makes the link with Sandra Kim soon. Who sang at the time of her Eurovision participation that they fifteen years was, but in fact she was barely thirteen years and seven months.

would be the ideal successor to Sandra Kim.

References as Lena Meyer-Landrut, Alexandra Rybak and Sandra Kim are not wrong. It is thirty years since Belgium won for the first time and for the time being last. She had her compatriots there so a great fun with it and not least Sandra Kim. That gave itself once again that they tired of is the only Belgian Eurovision winner. It is now really high time to redeem her.

has a very good act.

Not just Tesoro’s personality to charm, also knew the act got all great acclaim. The choreography is tailored to Laura Tesoro and the dance steps are contagious. Our compatriot shows you how it goes in the following video clip.

is one of the few participants who dance and sing at the same time.

Do you have a Angels voice? Can you dance like no other? The chances that you could reply, ‘ yes ‘ twice here is small. All due respect so for Laura Tesoro that combines the two. She does that with verve and knows no equal during this song festival.

has a song that to other songs.

The poker plagiaats popped up repeatedly when What’s The Pressure was created. Queen’s Another One Bites The Dust or Sax by Fleur East were the main references, but that no bad news to mean. On the contrary, it proves that the song from the good stuff is. Douwe Bob, the Dutch candidate, had there also what to say about it. ‘ I think it’s ridiculous that Laura’s song associated with plagiarism. Everything is already once done, plagiarism does not exist more in pop music. This year Belgium Netherlands the final ‘ as well, it sounded convincing.

has the ideal running order.

Statistically is the best starting spot in the semi-finals the last place. Laura Tesoro occurs as eighteenth and thus has the best odds of all its competitors to reach the final. It is only the third time in the Eurovision history that Belgium will last. Previously this was done in 1959 with Bob Benny and Telex with the group in 1980 .

is frequently searched on the internet.

On this website one keeps the searches in Google closely. Laura Tesoro was last Tuesday even the most searched candidate in the German Google. She was even a while fourth worldwide. 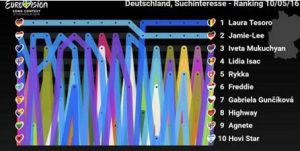 has the confidence of the bookmakers.

Although there are some weeks ago considered became to Tesoro’s chances to the final, she has managed to convince the bookmakers. She now even if fifth.

Laura Tesoro, you notice it: we have all the confidence in a good outcome. Make us proud!