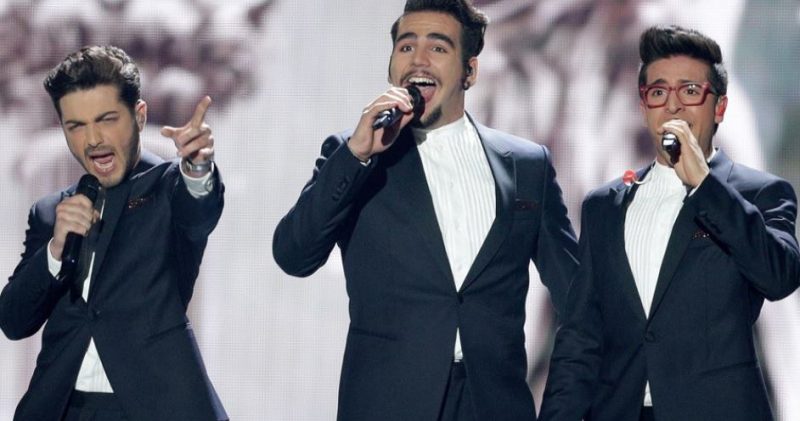 The winner of the Sanremo Italian song contest should just like in 2015 to the Eurovision song contest. Though it’s still wait and see whether the winner will represent Italy also effectively. A participation is not mandatory. The popular television program runs from 9 to 13 February 2016.

Italian broadcaster RAI will reuse as a selection method for Sanremo a suitable candidate for the Eurovision song contest in Sweden. The winner of Sanremo in the C category (the most important) will be asked by the RAI to take part in the Eurovision Song Contest. He or she may end up to the ticket toward Stockholm. The song does not have to be the one with which the winner triumphed during Sanremo. On February 13, do we know who the Italian festival WINS.

In 2015 the trio won Il Volo Sanremo and they took only too happy to participate in the Eurovision song contest. With Grande amore they achieved third place.