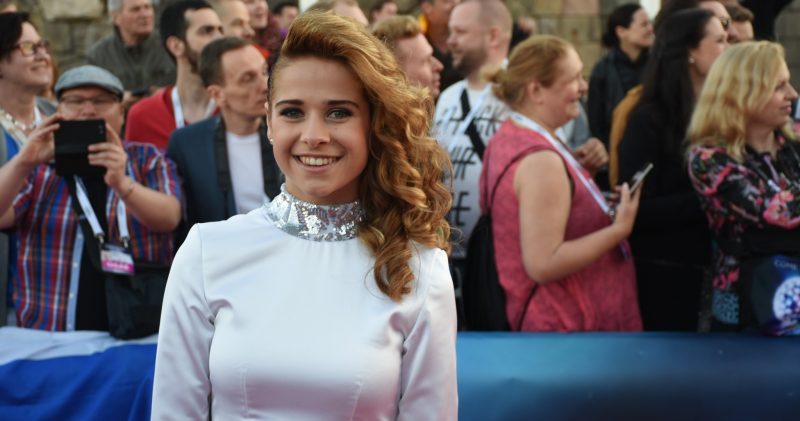 Laura Tesoro looks back on two weeks in Stockholm

‘ Good memories and an incredible experience ‘, so barrel Laura Tesoro her two weeks in Stockholm together. The singer has just returned in our country after a handsome tenth place and looks a moment back on the crazy adventure where they entered since eurosong 2016 .

Those two weeks in the Eurovision Song Contest in Stockholm were for Laura Tesoro a unique experience they for the rest of her career and her life will carry around. Yet she easily two of the highlights. ‘ That red carpet, that was fantastic ‘, they say. “I felt a real Hollywood star. So many fans on one side, the same amount of press on the other. ‘

And then there were her three minutes on stage. ‘ The Eurovision audience is really the most fun public ever. They are singing along and dancing and jumping with their flags. Every single time that arena stood on its head. ‘

I wanna thank everybody for all the love and support!! Whatever happens tomorrow I feel so honoured to be here en to represent 🇧🇪! Thanks!🙏🏼

She got after her tenth place congratulations from a lot of famous people. Even the Royal family wished her congratulations via social media. ‘ But also Selah Sue, Niels Destadsbader and Koen Wauters congratulated me ‘, says the 19-year-old singer. ‘ I got so much support from all corners of the country. ‘ Also the exuberant reaction of Ingeborg found them great. ‘ But also people coming to me and showed me said they are good by my number and immediately want to dance, so does virtue. The world needs that positivity. ‘

Or they don’t prefer that ninth place had taken off in the old points system? “No, the tenth place sounds more beautiful. ‘

Just back as coach

‘ In Stockholm, I have had them to the people who have accompanied me and could tell me what was about to happen, ‘ she says. ‘ I myself would no longer participate. A lot of artists do a second time because they want to improve their performance, but I am very satisfied with my result. I had to go again, I would prefer to do that as a coach or companion. ‘

A participation in the Eurovision song contest would not immediately recommend Laura. “You have to really want to do this and it’s not for everyone ‘, they say. ‘ I was ready for it thanks to my experiences in The Voice. But I think that both novice and experienced artists should be given a chance, if they want it at least. ‘

That Ukraine won the song contest, no one had seen it coming. Laura also not. “I thought Australia would win. That was also my favorite ‘, they say. ‘ But Jamala is a strong singer, the song has a nice message and she has a handsome performance. It’s nice for Ukraine, but will not be a summer hit its number. ‘

Despite that it is not a summer hit, about 1944 in Laura’s head. ‘ But actually I sit still with all the songs in my head. For example, Bulgaria and Israel I found very well. ‘