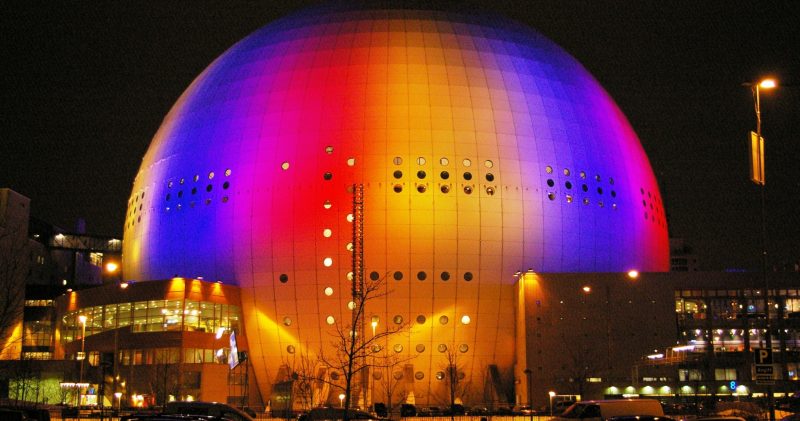 To Stockholm for the 61st song festival

The 61st song festival will take place in the Globen Arena in Stockholm. That was announced this morning. In 2000 the Swedish capital and the same Hall the event has ever received. The song contest is in 2016 by on 10, 12 and 14 May.

After the victory of Måns Zelmerlöw pulls the song contest to Sweden. This morning was the choice for Globen in Stockholm announced by the Swedish channel SVT. According to executive producer Martin Österdahl Stockholm could submit the best guarantees for of this 61st Edition again a success.

The song festival attracts so for the second time to the Globen Arena, a room with a capacity between 14000 and 16000 spectators. In the buildings surrounding the arena will the press centre and the dressing rooms for the artists. The journalists are expected in Hovet and the delegations in Annex. ‘ We can make the experience even more by during the grand finale on May 14, to involve also the Tele2 Arena at the show, ‘ says Österdahl.

Congratulations Stockholm, we’re looking forward to hosting 2016 @Eurovision with you and SVT http://t.co/WIuyGS94Zt

Also the Mayor of the city, Karin Wanngard, responds enthusiastically. ‘Stockholm is music‘, she says. ‘ Creativity is so close to my heart and is something that we want to encourage. “

For the fans and media enjoyed Stockholm preferred. However, the EBU and SVT had to make a choice between the candidacy of Stockholm and some other Swedish cities including Gothenburg, Malmö, Sandviken and Linköping. Now the host city is known, the speculation about who the song festival presents. Mans Zelmerlöw, Sanna Nielsen and Petra Fellow are among the contenders.