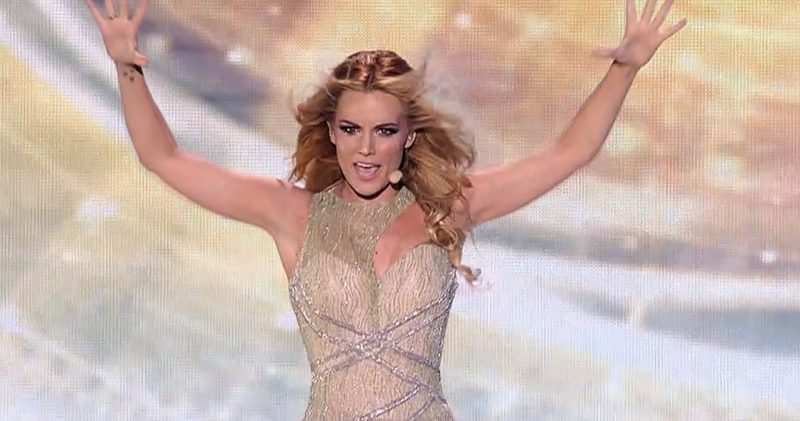 Tonight from 22.15 sends La 1, the first network of broadcaster RTVE, the national final for the Eurovision song contest from 2016.

Objetivo Eurovisión Spain is presented by Anne Igartiburu, who has already presented the Spanish for rounds in 2010, 2011, 2012 and 2014. Six artists take part. The phone lines are open from the beginning of the show, and at the end of each song will be shown a list of all the songs.

The televoting counts for 40% of the final result. 30% comes from a three-member jury, consisting of Loreen, the Swedish winner from 2012, Edurne, the Spanish representative of last year, and Carlos Marín, a Spanish Member of the Group Il Divo. The remaining 30% comes from the votes of juries in five European countries, which are not yet announced.

The field tonight, on running order:

There is also room for break acts. The Lords of D’Nash, who took part in the Eurovision song contest 2007 in Helsinki, come together with former participants in the preliminary round as Brequette, Jorge González, Coral Segovia and Mirela a medley of past Spanish Eurovision entries.

The broadcast starts about 22.15 hours and can be followed live on eurovision.tv. The show is also viewable on the satellite broadcaster TVE Internacional, which in Flanders is to receive on channel 181 at Telenet and channel 290 at Proximus. Around midnight would announce the winner.