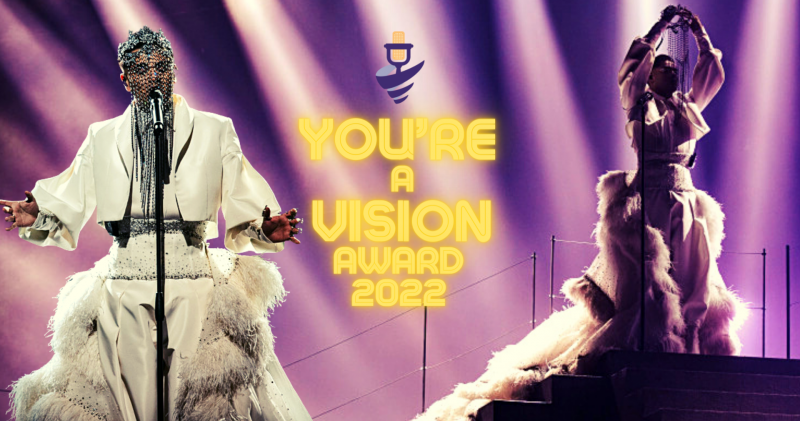 Sheldon Riley finished 15th in the Grand Final of the Eurovision Song Contest in Turin. In his striking and remarkable white gown, which weighs 40 kgs, he performed his song Not the Same. According to the fans who voted, that was enough to win the new and positively spirited You’re A Vision Award. Australia had a big lead over numbers 2 and 3, Spain and Norway. San Marino just missed out on a place in the top 3.

The new You’re A Vision Award was announced on April 29. Striking pantsuits, dresses, costumes and other creations will forever play a crucial part of the magic of Eurovision. As a participating artist, this occasionally means taking risks and standing out involuntarily, or standing in the spotlights with a dashing fashion choice. The You’re a Vision Award celebrates this inspiring diversity and creativity. Of course it is up to the real Eurovision fans to determine whose outfit was the most notable of them all.