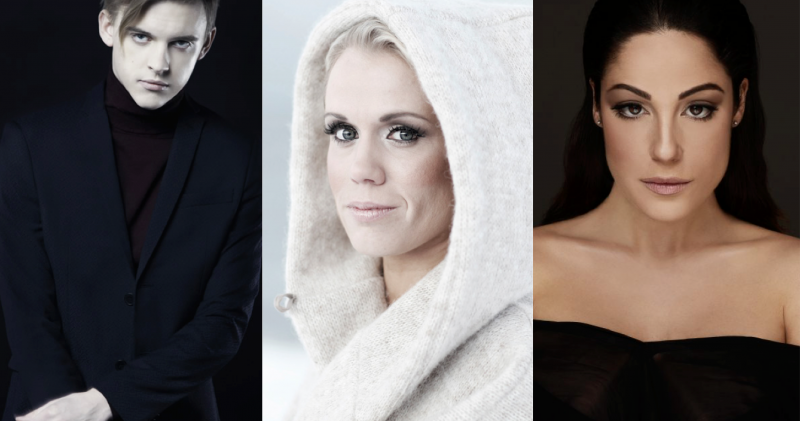 DSVS: Our experts have to say about Estonia, Iceland & Malta

Today our experts sight color over the entries of Jüri Pootsmann, Greta Salóme and Ira Losco.

Yesterday they critiqued all the entries from Azerbaijan, Bosnia & Herzegovina and Cyprus. Here you can read back.

Dave Baker: Play urges in his song Pootsmann a possible lover to jump in the deep: Just hit ‘ play ‘, cause that’s the only way to find out if it’s love that we’re falling into. That spurs get extra load by the compelling, emotionless looks that Jüri time and time again in the camera throws. Although I find the song very final worthy, and the execution as shown in the video clip very spherical, Jüri – with an unfavorable starting position – just once can be child of the account . The first semifinal is a very strong.

Stijn De Guzman: At the first notes I had spontaneously to Jonathan Jeremiah thinking and that is never a bad sign. There is a dark edge to it poppy number and that I can best flavors. The manic look in the eyes of Jüri they do have of our Loïc gepikkediefd. The Est is also tight in the suit on stage but he comes at times stiff and uncomfortable about it. If they get some to tinkering, Estonia this year might be a good turn.

Fabian Faber: Not a bad song, but is a dime on its side. It will either stand out in its delicious simplicity, or it drops away in the quicksand of all musical acts with bells and whistles the revue will pass. For me a nice number, but less as a contender this year with all the credit.

Each Venner: Estonia allows what disappoint: the most exciting to Play the song is that it’s sung by a singer with the melodious name of Jüri Pootsmann. And that in turn makes me think of the children of the Salt Creek (one for the connoisseurs). The song itself is a weak James Bond decoction, that doesn’t really go somewhere. Just hit play ? Rather fast-forward. Next year better.

Dave Baker: What sin that the team behind Greta Salóme has decided to translate the original text into English. I would have preferred to the Icelandic listened, because that fits so well with the mystical stage that Greta European television viewer presentation hopes to rejoice. For the act is the best from the winning performances by Loreen and Måns Zelmerlöw joined together, but one is especially smart by not an exact repetition of moves: the innovative element lies in the shadow effects that behind Greta. The text reminds me of the successful Home by Dotan. And winner? No, not that. There is the song not accessible enough for that. A fine end listing in the final. That undoubtedly.

Stijn De Guzman: Greta Salomé, the name sounds contradictory. Greta was the local hairdresser in the ‘ under the kerktoren’-village of my childhood while Salomé pronounced Royal sounds. That contradictory feeling comes to me as well up when I hear the song; Hear Them Calling is quite clear the love child of Dotans Home and Little Talks of or samples And Men. Not everyone who hears that in recent years lived under a rock. The song is super catchy and I am instantly happier. In my mind I see a colorful fanfare with exuberant majorettes voorbijmarcheren …

Fabian Faber: I can be brief about this: it seems like I’m looking at a new talent show So You Think You Can Dance Like Loreen, Give The Vibe Like Avicii And Create An Act Like Stromae. A little too much copy/paste done in my opinion. If this number would win, I am very sure that Peter van de Veire in 2018 the new talent show So You Can Crank Like Kate Ryan Knee While You Sing Something Like O Julissi Na Jalini presents.

Each Venner: This number will probably do well, but I don’t like it. Singer Greta Salóme stole the creative video screens-choreo by Måns Zelmerlöw, throws added Loreen-movements on top, and a Only Teardrops-melody. But a mix of three winning Eurovision songs delivers fortunately not necessarily the next winner on. to A calculated submissionto, a penetrant plagiarism scent.

Dave Baker: We know, of course, of the IRA Losco sickly sweet but extremely effective 7th wonder with which they had to make in a enthralled against Latvia. That has now been fourteen years ago and still is Ira a great big in Malta. That turned out to be among other things from the ease with which they won the national final Chameleon wafer-thin. Now there is so Walk On Water. And to be honest, I had in the beginning very much getting used to. If listener is the search for a clear melody line, but also to point that leaves a lasting impression. It is a bit of everything: drums, what gospel, computer sounds. And yet I suspect that the shot to the final. And in the case of a favorable draw – no doubt – it will also join the good side of the scoreboard.

Stijn De Guzman: I fear that it will be difficult for Ira to her second place from 2002 this number to match. I have the impression that most songs this year very mainstream. Jump for the time being there is little numbers, both in positive and negative ways. In a year with a lot of dredging music would make this more likely. If it’s any consolation may being: Ira is during that fourteen years is well preserved, she still looks gorgeous. The Mediterranean sea air will have something to do with it.

Fabian Faber: What an appearance is Ira. That combined with the intro that immediately seizes me. Yet the chorus me some on my hunger. The number is certainly not bad but to it right away to give a golden ticket to the final is missing me to convincing factors. Maybe if we all small dots together would count that this song is the final and it can count on more points at a ‘ second time hearing.

Each Venner: Welcomes and rejoices, also the dubstep is this year again in the Eurovision song contest! And in the case of Malta works not even disturbing, quite the opposite in fact. This is perhaps the best entry that Malta has ever sent. A radio friendly, danceable number that could end up in the top 5. And becoming again a Miss with a voice like a clock. Walk On Water is called the vehicle, but this time, the teeth had nothing in the Registry’s weight.

Watch our experts Tomorrow to the entries from Montenegro, Austria and the Czech Republic.