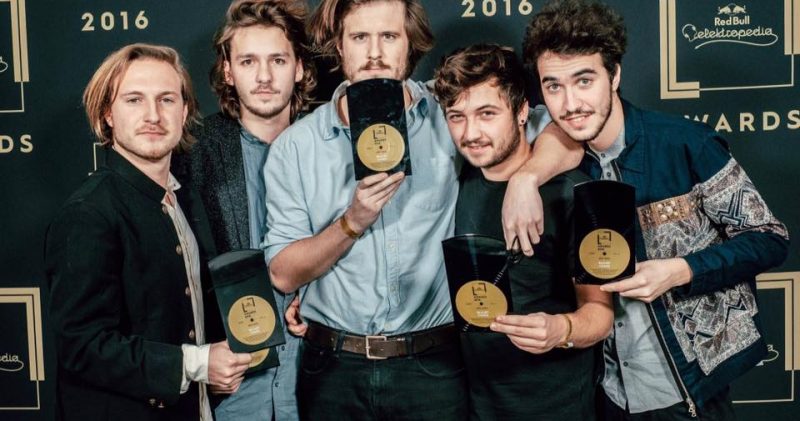 One point have the nominees in all categories and Arts of the MIA’s published. Bazart seems the Grand Prize going to be beast with 7 nominations. Two of the four members have a past at Junior eurosong. In the category best group get the young men competition of Clouseau. Laura Tesoro may with the trophy breakthrough ‘s home, but also there is Bazart lurking.

Dutch-language band Bazart makes at the prestigious MIA’s chance of 7 prizes: Hit of the year (for their hit Gold), Group, breakthrough, Dutch-speaking, Pop, Album and Live Act. 2016 was the year of Bazart. Band members Mathieu Terryn and both Oliver Symons took part in Junior eurosong. Mathieu took part in first Eurokids 2005. In 2008 Oliver was allowed even to the Junior Eurovision Song Contest with Shut Up.

Clouseau, in 1991 our candidates in the Eurovision song contest, the boys can possibly steal a figurine. Koen and Kris Wauters remain popular and got a nomination for Group inside. Bazart Tesoro experienced both a fantastic year and and Laura together are nominated in the category breakthrough. For Tesoro is her only nomination. Eurosong-Singer Christoff WINS probably in the Flemish Popularcategory. Oscar & The Wolf also took out a nomination within, for Live Act. Itself says nothing he prefer it over, but singer Max Campbell took part in just like Mathieu Eurokids.

With it determine who wins a Mia ? You can vote via the website of the music awards.