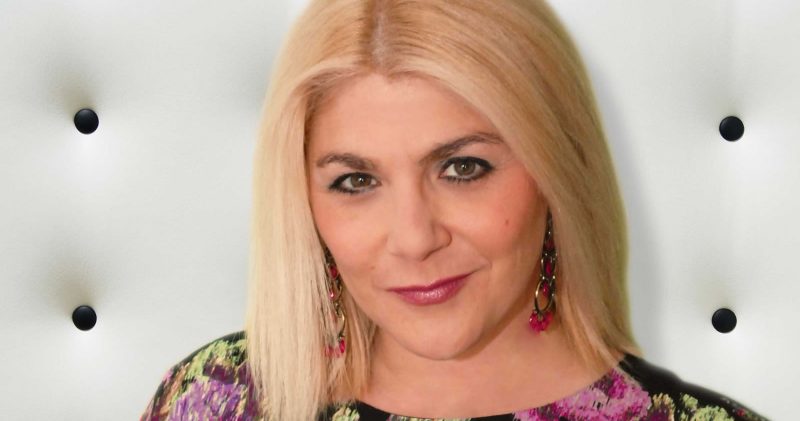 Journalists Ann Van Den Broek and Jan Davidson today in the newspaper the morning bring the story of the trail that Sandra Calderone – the real name of Sandra Kim made – before, during and after the Eurovision Song Contest.

The article was deliberately published today, because it is day on day 30 years ago that Kim won the Eurovision song contest. On 3 May 1986, they convinced the European juries with the song J’aime la vie and picked them as the as yet only Belgian victory ever in the game. A few weeks ago, she published her biography Si j’avais su, or ‘ if I had known ‘. The full article can be read today in the paper edition of the morning. Subscribers can also find the article online .

Sandra Kim won the Eurovision song contest when she was only thirteen, becoming the youngest ever was – and will continue by the imposed minimum age of sixteen years who was introduced in 1990 – but the girl sang on much younger age. On her eighth won the Liège girl by Italian migrants La voix de l’avenir the talent show with a rendition of New York, New York by Barbara Streisand.

In 1985, on her twelfth, she wrote also the Festival della Canzone Italiana in Belgio on her name. After that victory were Sandra’s parents approached by Rosario Marino-Atria, which are raised as her manager. And that would not be without problems.

Her manager wrote her in for the Walloon Eurovision heat in 1986, which Kim won on one hand. Belgium was immediately bombed as a favorite for the victory, making that never had come as a real surprise. The Flemish commentator at the time, Luc Appermont, says he’s in the afternoon for the live final was approached by Frank Naeff, the then Executive Supervios of the EBU: ‘ that afternoon all juries were allowed to hear all the songs without picture. When there was already a kind of order determined ‘, said Abbey a few years ago. A sequence with Sandra Kim at the top so, Judge Van Den Broek and David.

J’aime la viein Belgium was the hit of the year with 350,000 copies sold. The song went 1.4 million times worldwide over the counter. For the Walloon broadcaster RTBF was the Organization of the 1987 edition of the financial problems in which he remains to this day camps.

Soon after the victory in 1986, it became clear that the parents of the singer taken had let themselves in and had signed a contract with manager Marino-Atria: the first two years after the release of the song J’aime la vie came him all royalties of the sales, and later soured the relationship completely. After a few years they broke all the professional contact.

But the career of Sandra Kim was never really launched. The Walloon Flanders is today more well known than on the other side of the language border. In the early 1990s, they are still some quantitative terms- in duet with Alex and Frank Galan, but afterwards it became quiet, a few commercials. In 2011 brought Calderone album, but that was divided, as an annex, a Belgian magazine.

Van den Broek and David contacted the singer, but they left her irritation that they only once a year, around the Eurovision period, some attention: ‘ I am not Celine Dion, eh. I’m just a girl from Belgium that has tried to make the best of it. […] Meanwhile I’m 43 years old and I sit well in my sheet. I am 100% happy? No, but who’s that? ‘