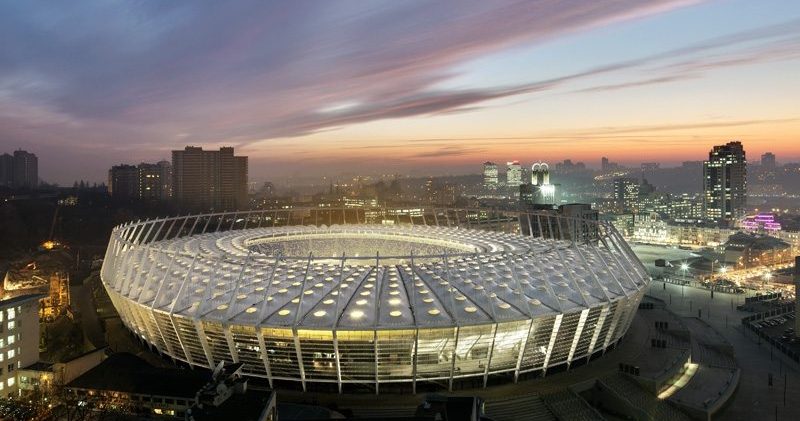 Ukraine has no suitable room?

In Ukraine there is quite a stir in the media. According to the current Minister of Culture there would be in all the land to find no suitable Hall to house the festival.

The Minister in question, Yevhen Nyshchuk, States that any of the current proposals, the cover of the Olympic Stadium in Kiev, is not an option because the roof never strong enough can be constructed to include the necessary light-, video-and sound equipment to hang.  The stadium was built in 1923 and 100,000 visitors ever could. Several renovations reduced that capacity to 65,400 spectators. The last renovations date of 2011. The stadium was still used in 2012 for the final of the European Football Championshipthen.

The city of Lviv would develop a similar proposal to the, where the stadium would be domed in that city.

The Minister also told the local media that the city Kiev to look at is whether they can build a new arena on the banks of the river Dniper. This new hall would be built especially for the festival.

Was previously already announced that potential host cities to submit their candidacy to 8 July. Against 22 July will be two cities nominated to the EBU. In August would be made known where the festival will take place then.