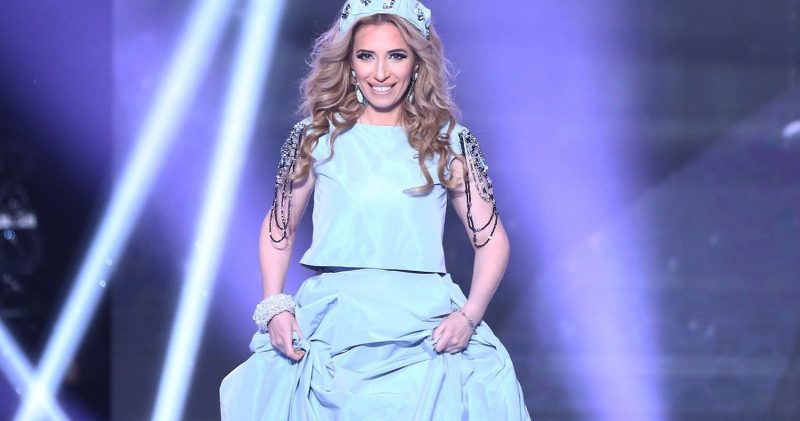 We know almost all of them, the 43 songs that we will hear in the Eurovision Song Contest in May. Countries like Sweden, Norway, Iceland and Lithuania worked next Saturday (March 11) their selection. But what’s with the countries which have made a choice internally? Some artists have already been disclosed, but don’t have any song. There are even two countries for which no news is. When making all these countries have their song known or when done effectively? Discover it here!

Since last Saturday night, we have four new entries at. Melodifestivalen knows its winner and the national finals in Lithuania, Norway and Iceland also ended. The selection of Lithuania has also lasted months.

When will there be news from Macedonia, Israel, Ireland and Montenegro? (FYR) Macedonia is represented by singer Jana Burčeska in Kiev. Her song presentation was to a yet unknown reason postponed to March 10. Her song was finally presented at a talk show on the local State television. Space, the submission by Montenegro will be sung by Slavko Kalezić. March 10, was also there the release date. IMRI Ziv from Israel has already let it be known that he will sing I Feel Alive , energetic dance song. His entry has now been hatched, on 9 March. Brendan Murray will sing under the Irish flag, song Dying to Try was on 10 March.

Excitement is inevitable and hopefully contagious. Eurovision song is going to be premiered in a special edition of the…

About Azerbaijan we Diana Hajiyeva (Dey) was internally referred to on behalf of Azerbaijan to take part in Kiev and her song was released on 11 March. Had the Armenian candidate, Artsvik through social media all hinted that the presentation of her song are. In Armenia there is now a concrete date: 18 March. They will Fly with Me singing. Of the Serbian entry, In Too Deep, the clip in the meantime completely online. Armenia is the last to their song.

There is still no successor known for Poli Genova from Bulgaria. Broadcaster BNT had some months ago a few potential ‘ song festival projects ‘ on the table. They were planning to publish their entry at the beginning of March, but for an unclear reason that they have not met. Young singer Kristian Kostov did the round as possible representative. On March 13, we got confirmation on there.

Any further announcement may not happen in "early March" as promised before, although we hope to be asap. So stay tuned.

It remained also long silent in San Marino, but recently we know that broadcasting the candidates who the mini-state will participate this week. So between now and March 12, we would need to know who Serhat. The Director-General of broadcaster RTV has already announced that there is chosen for a duo . It comes to a foreign artist and an artist from the country itself. On March 12, we came to know to whom it went. An old acquaintance really …

As usual it was Albania that are for the first round. Lindita Botëwon, but the Albanians are known for their song from the preliminary round a complete makeover. The singer will sing her song in English and was renamed World. They put all the text on twitter. The announcement follows on 12 March. There is news on the revamped version of Georgia. The official clip State recently on the internet. French singer Alma Requiem will partly in English singing. Also those official version was already released in the meantime. The popular song from Italy is still a few seconds too long in order to be admitted as entry, so also there is still work to be done. Singer Francesco Gabbani remains besides at the Italian version, no English so. Italy no specific launch date has been announced. The British have also been working on their submission. Lucie Jones will sing a slightly modified version in May. That clip is now on YouTube.

And what about the submission of … Russia?

The Russians keep the tight-lipped when it comes to the upcoming Eurovision song contest. Some well-known politicians and artists have made use of that silence to call for withdrawal. They find that this year Russia but must stay at home. The Buttering still not good with host country Ukraine and in Moscow are they still remember that Sergey Lazarev had won the televoting in Stockholm and in the end was only third. Here and there there are Russian websites that claim that there is already an entry has been selected. The broadcaster would have had a shortlist of names of possible participants. Darya Antoyuk singer might just be chance. For the time being it at those rumors. Officially there is nothing known about the Russian entry. The country is still had to retreat then they should pay the full participation money anyway.

That withdrawal came to nothing … Sunday evening March 12, was announced unexpectedly the full submission.

On the YouTube channel of Eurovision.tv appear in dribs and drabs the official video clips of entries. Different countries who already have a full entry, must still release that clip on the world. As for example Spain, Estonia … You can view all clips and other videos already on our Overview page. That list keeps up to date.