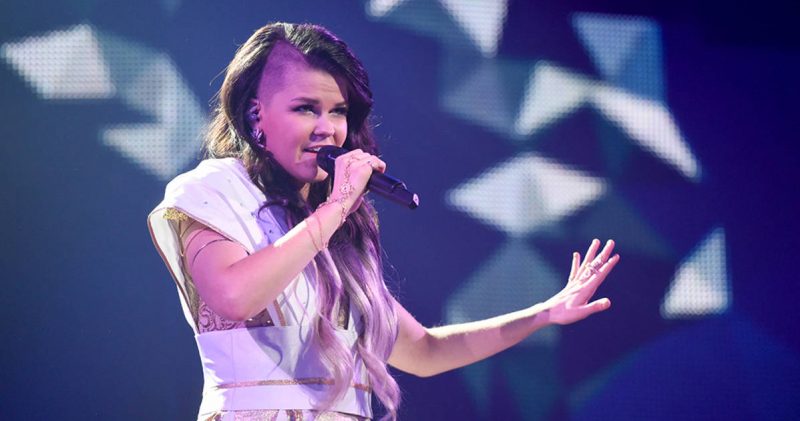 Finnish singer Saara Aalto was the big favorite to the popular talent show The X Factor UK in its name to write. She entered the night itself not with the gold home. Silver so. That’s what they twice won the national Eurovision heat of Finland. Both in 2011 as she was narrowly second in 2016.

You could look like songfestivalfan the last few weeks on social media not to be reached: Saara Aalto sang week after week the roof in The X Factor UK. After they had been almost eliminated a few times, she had sung in recent broadcasts in the spotlight making them now the big favourite to win the show. The bookmakers thought Saara the would pick up and had her past performances on YouTube most viewing figures compared to those of the other finalist, Matt Terry. But the audience selected the underdog. And that while Saara in certain shows had gotten the most votes and during the first part of the final, she was also in the lead.

A young singer that ever took part in a preliminary round that her chance attempt yet another talent show? Specifically it is not, but is known to be one of the most popular talent shows of the time. The X Factor in the United Kingdom is not just a little tv show. The program has immense range and the ratings are extremely high. Stars like Lady Gaga, Kylie Minogue and Zara Larsson Act happy on during the break. The jury members are also no small shrimp. Simon Cowell, Sharon Osbourne, Louis Walsh and Nicole Scherzinger have each been a nice career. Saara Aalto had Sharon Osbourne as a coach.

Sharon had so nearly the winner should deliver. With Saara, she had a striking finalist. They would as foreign a British talent show can win, that would have been unseen. If Aalto won, she came in the list of Leona Lewis, James Arthur and Little Mix. If you the show wins, later chances are you a beautiful singing career. Saara has been around for some time looking for that big break. In 2011 and 2016, she was second in Finnish for round Uuden Musiikin Kilpail. She was also the losing finalist in The Voice of Finland. The statistics therefore played in her disadvantage. Ultimately, Matt Terry for the nose of Saara with the gold. She is and remains (provisional) ‘ eternal second ‘.