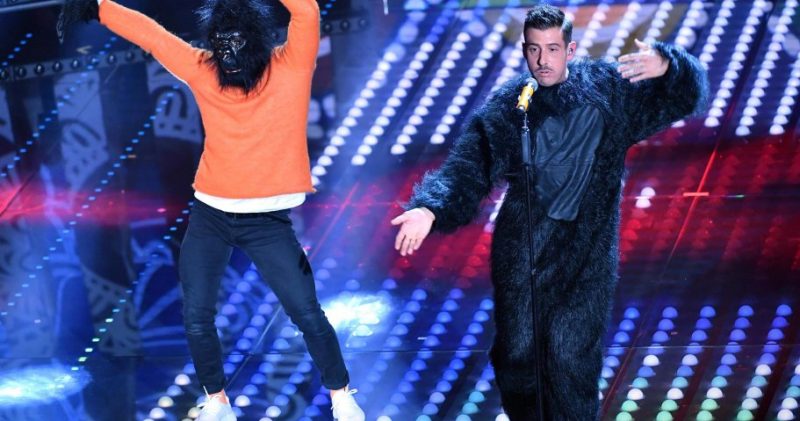 Sanremo, that began on 7 February, knew yesterday denouement in an hour-long show that about 2 o’clock in the morning ended. After a number of accolades to the Organization and the presentation of some awards among other former ESF participant Al Bano, was finally announced the winner. Francesco got the award last year for best newcomer this year could easily convince everyone with his catchy number Occidentali’s Karma. The number philosophizes about life the chorus contains the sentence ‘ the naked monkey dance ‘. Francesco processed this in his song by himself as gorilla to dress up or by a dancing monkey to drag on stage during his performance.

At this time his song still 37 seconds too long for the Eurovision song contest, but he has the ticket for Kiev accepted so the number will be adjusted to meet the three-minute rule of the festival. Last year refused to go to the winner of the Sanremo song festival, not so this year.

What do you think of his song?