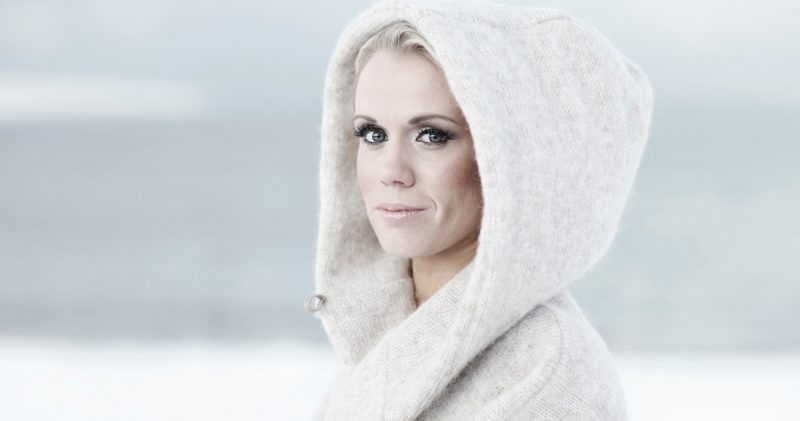 Greta Salóme Stefánsdóttir wins the Icelandic final with the song Hear Them Calling and retrieves the ticket to represent the country in Stockholm.

It is 30 years since Iceland this year for the first time participated in the festival. The first participation dates back to 1986 in Bergen (Norway), where the group Icy on a 16th place ended with the song Gleðibankinn.

Greta Salóme Stefánsdóttir represented Iceland at the Eurovision Song Contest 2011. She was 20th with the song Never Forget. So for the second time this year they will take office.

Greta was tipped in advance as one of the Favorites to win the coveted ticket, but during the voting seemed not so obvious. It was only with the publication of the last points that Greta came in second place and thus ended up in the super final. They had to compete against super final in which Alda Dís Arnardóttir that with the song Now the first place for her during the first round of voting. In the super final, which only existed from televoting, could in the end winning Greta Alda.

The show, which contained only 6 numbers, was graced by our own Sandra Kim and Loreen, winners of the 1986 Eurovision songfestivals from and 2012, and Maria Olafsdóttir, who last year for Iceland in the semifinals stranded.

The song was sung during the final in English but is also available in Icelandic. In the Eurovision Song Contest is likely to the English version.

The full list of participants of the finals this evening you can find in the table below.