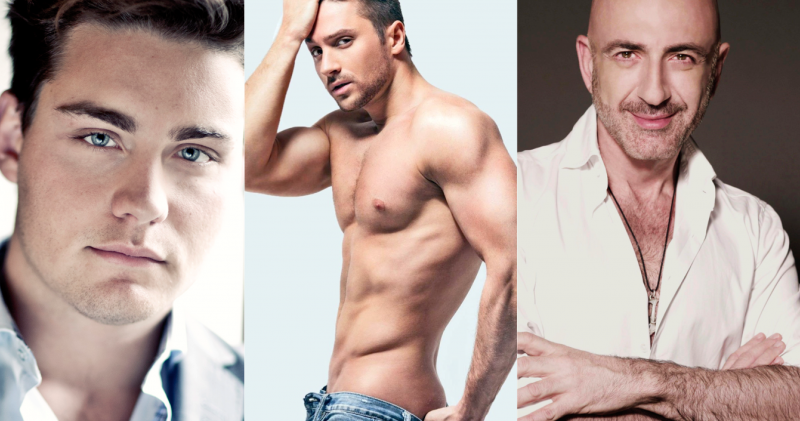 DSVS: Our experts have to say about Netherlands, Russia & San Marino

For the third and final time this week watching our panel experts to songs of the Eurovision song contest by 2016.

After Armenia, Finland and Greece the day before yesterday, and yesterday reviews to have shared about Croatia and Hungary, Moldova, Netherlands, Russia and San Marino now follow.

Stijn de Guzman: Douwe is the kind of guy that you want to suggest to your parents and he has a beautiful voice color. The song starts strong but as the chorus begins is the magic way. I hope this is the kind of number that live in an extra dimension. Furthermore, the message of Slow down in these times of pressure, printer, most a very topical and recognizable.

Fabian Faber: A nice submission. Nice text, the sound-of-when appeals to me very much. But I fear not the strongest entry that in recent years the Netherlands sent. Much will depend on the act, so as not to drift away between the stronger songs that I already saw.

Sam Jacobs: This is very different from the previous numbers. It is certainly not bad, but pretty ordinary. Live it would be able to work if it is authentic and sympathetic in. A world number it is not, but it seems like bacon to the mouth of Radio 2. The number and the voice make me what to think Stan Van Samang and Douwe Bob also seems to exude the same charm. I had him, however, prefer a more original song see come up, because this is too ordinary for me.

Fabio Ponente: Netherlands jumps out for me with a totally different genre number. This is very pleasant to listen to, and also surprising because it is something completely different . The clip and Douwe itself are also fun to watch, which is also a plus point. This is a good number, it stands out successful from the rest.

Roy Van der Merwe: I’m a fan of Dutch music, particularly by artists such as George Baker, Luv, Maywood, and so on. This singer is unfamiliar to me, but he looks nice and his voice is quite nice. This is anything but a winner, but much better than the Dutch entries in recent years. I might be in the minority, but the nice thing about the song festival is that each song has its own fan base. Will be outing being bisexual female and male fans netting him more votes?

Russia: Sergey Lazarev- You Are the Only One

Stijn de Guzman: This song seems so picked from Madonna’s Confessions of a dancefloor from 2005. Therefore, it sounds dated, as if it had already a decade somewhere in a sliding dust lay. However, the number is not bored, like a runaway carousel: take a good stop on stream there is no more.

Fabian Faber: A contemporary song that you can grab mixtrack immediately. I believe everything in this song. Both the sound, the performer, the text. This is the picture completely. The singer is completely in the number. Convincing submission. Also a particularly handsome video clip. If the act at the Eurovision song contest as punishment and visually, then we draw maybe next year to Russia.

Sam Jacobs: Yes, this is it. The song starts promising, then is perfectly constructed, melodious and as far as that is possible within the Eurovision song contest, also modern. Russia pulled out, in my opinion, often to ease the top-10 with sweet songs, cracking of the clichés. This time they go as far as I am concerned, though rightly high end. Russia in the Eurovision Song Contest is one of the trendsetters when it arrives on the Visual acts, and this song invites to pop on stage. I think Sergey rightly is the winner .

Fabio Ponente: Yes! Russia picks up again with a super good song and a super hunky guy. A great song, a lot of energy from beginning to end! I have not much to add: Russia will again top the rankings show off this year. Moscow 2017?

Roy Van der Merwe: In 2004 there was one entry with the same title from Croatia, and that was when my favorite of the year. Would a song twelve years later You Are the Only One that also is called again my favorite? Yes. This is brilliant, and I love it. Without a doubt this is one of the best songs of the last four song festivals, and in those years Russia was always in my personal top-3. This is my guess for the win this year.

Our experts based their opinion on the basis of the first published version, and not on the basis of the disco version in Stockholm will be used. Stijn de Guzman: I hope that the heirs of Hergé no fans of the Eurovision song contest, otherwise has San Marino a process because of plagiarism to his leg. Serhat is two drops of water, the villain Rastapopoulosin the comic series Tintin. And the song? A dragon of a song, so sweet that even Hug rock there friendly would thank for.

Fabian Faber: A monotonous song that few will appeal, I think. It picks up me not fixed and the person in question gives me a strange feeling. It will not get very far in my eyes. But I am, of course, only one person of the so many who will look and give their opinion.

Sam Jacobs: I don’t know which side I should. It’s a very old-fashioned ballad, but if we see it through the kitsch glasses , it is equal to ten ground ones. The funny English accent, the special appearance of Serhat, the high crooner amount, I can hear, but against good I find not. Maybe they can it better every year at Valentina.

Fabio Ponente: And this is a much more classical order. Although it is distinguished by the way Serhat sings, and also the clip. This is a toss-up. I say yet that it’s not outgunned is, because I find it so special and it’s anything but a typical Eurovision Song is.

Roy Van der Merwe: I have the songs of Ralph Siegel for San Marino always good, and I asked me for a long time wondering what they would do if they would recruit a different composer. I listened to the song and it reminded me of Telly Savalas. Then I read the comments and was the comparison with Leonard Cohen made, which also holds true. I’m not a fan of this genre music, but it’s certainly better than rap. I see this is the finals, unless all Turks in Europe here en masse on votes.

And now you guys!

All reviews of this week are published, and the rankings of the experts have reached us. Tomorrow you will have the chance to for 50% to determine which two entries of this week making it to the final week, by the end of april.