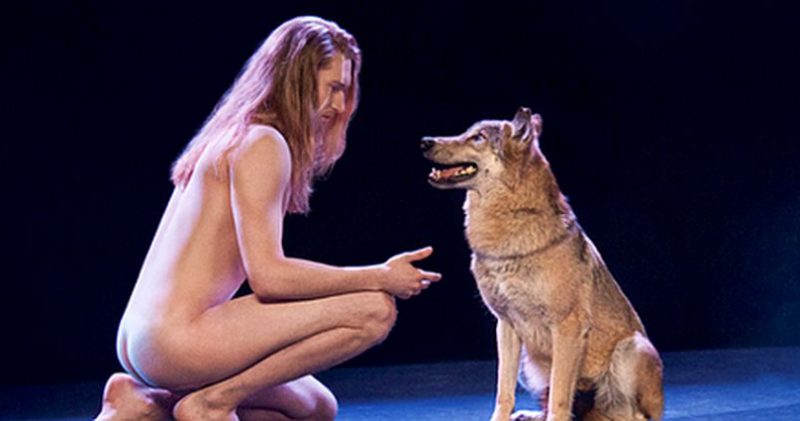 Stir in Belarus where Ivan is planning to climb the stage naked. He would also like to involve wolves are act.

Ivan won in december the national heat with Help You Fly and last week, he submitted the final version of his song the world, including wolves howling. The latter turned out to be not merely happen to be as he wants the animals on stage in May.

‘ The Sweden down with the hands in the hair because Ivan will nude on stage and he will bring wolves . Everyone can identify with a particular totem animal people try to suppress it, but we want everyone to feel the small distance between man and nature ‘, as told to the Russian Ivan’s producer Viktor Drobysh news site LifeNews. The rules state that live animals are not allowed on the stage, but his producer already sounded confident.

More info on the Belarusian candidate you can find here. Ivan is a direct competitor of Laura Tesoro in the second semifinal. Here is the final version of his song.