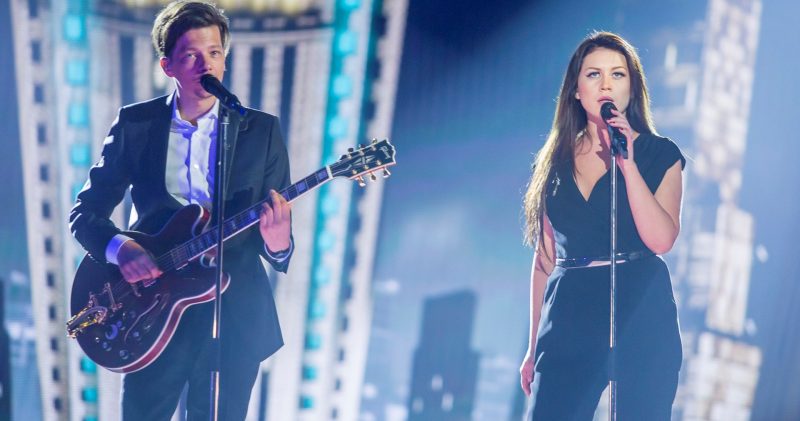 Eurovision candidates in for round Five ex2017

The Estonian broadcasting ERR has published the twenty candidates on television next year take part in Eesti Laul, the local Eurovision heat.

To the edition of 2017 already take five people with a Eurovision past part. Ivo Linna Maarja-Liis Ilus together with represented his country in 1996, and the duo was then fifth. Koit Toome sat in 1998 at the piano on the ESF in Birmingham and finished twelfth. Lenna Kuurmaa represented Switzerland in 2005 as a member of the band Vanilla Ninja, and there she was ninth. Laura, who in duet with Koit Toome, also took part in 2005, but for her homeland. However, with the Group Suntribe remained mired in the semifinal. Finally, there is Elina Born (right on the photo, copyright: EBU), that in 2015 the seventh place for her in duet with Stig Rästa and their song Goodbye to Yesterday.

Furthermore, Daniel Levi, Kerli, Liis Lemsalu and Rasmus Rändvee have already participated in the preliminary round, however, without ever winning. Kerli scored a European hit in 2008 with Walking On Airin 2003, and has also participated in the Swedish Melodifestivalen, without too many pots to break.

The full field of Eesti Laul 2017, in alphabetical order:

The preliminary round is as usual over finished three Saturday nights . On Saturday 11 and 18 February ten candidates face opposite each other. A combination of televoting and jury vote determines the rash, and the top five from each semifinal to the final. That is just like earlier this year held in the Saku Suurhall arena, where also the Eurovision Song Contest 2002 took place. The Ten finalists will be reviewed by the public and the jury, but the joint top three for the super final. In it the Estonian Viewer the last word.