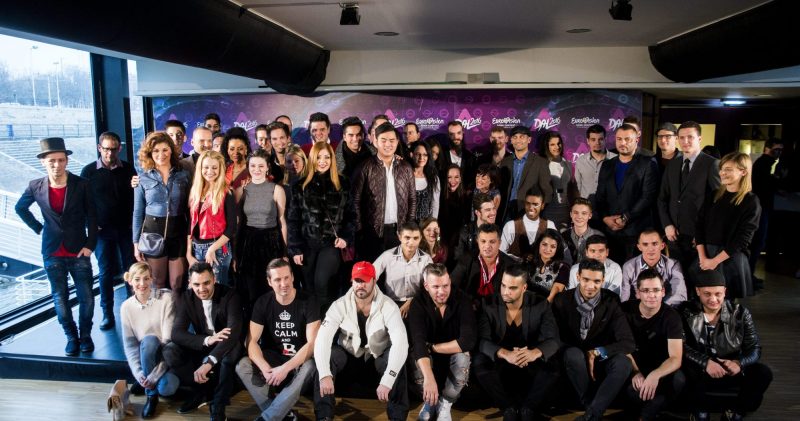 At a press conference in the Hungarian capital Budapest, the MTVA broadcasting the names of the participants and jury members announced that next year will be in A Valley, ‘ the song ‘, the contest that since 2012 as national Eurovision heat. (Source: ESCBubble, photo: MTVA)

From 372 entries were there thirty selected for the live shows. Starting on Saturday January 23 and end on Saturday 27 February. Periods of ten songs in three preliminary rounds take part. A professional jury will select five semi-finalists, and the public should choose a sixth by televoting. In the semi-finals there four songs go by, three by the jury chosen and by the Hungarian viewers at home. In the finals the jury determines the top-4 and should the public select the ultimate Eurovision participant. A novelty is that there are two additional prizes are awarded, one for the best newcomer and one for the best lyrics.

All entries will be judged by a four-member professional jury. Ex-participant Magdi Rúzsa is no longer of the party. Rock singer Karoly Frenreisz, Miklos Bott, Pierrot and Zséda, a well-known singer, will make their judgment about the songs. Just like last year and Levente Harsányi Tatár Csilla all transmissions.

The thirty candidates of A Valley 2016:

At the 30 lucky ones some famous names. Groups Karma polis and Passed last year share names, and singer Bobe Szecsi is there for the third consecutive time. Also, Fatima Mohamed, Iv, Bálint Gájer and Group’n’Swing are not to their test piece in A Valley. But the biggest name in Eurovision terms is that of Kállay Saunders. The Hungarian-American singer was in 2014 fifth in the Eurovision song contest with Running, and now takes part with his band. His return to the Hungarian heat is no surprise, because in an exclusive interview with songfestival.be he gave all to once again to want to participate:

On december 29, became known that the Group was disqualified , because the participating Misztral the al was released for 1 september this year. This broke the rules of the Eurovision song contest, and was excluded for participation. Singer Singh Viki is the place with the song Katonák.