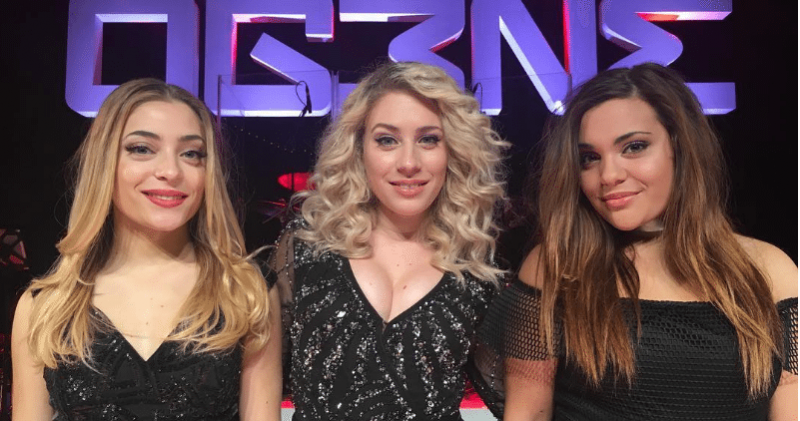 O’G3NE looking for meaningful Eurovision Song in which ‘ polyphony ‘ central

With what song will girl group O’G3NE at the start for the upcoming Eurovision song contest? A smooth pop song or however, but a powerful ballad? The song has yet to be fully written and produced, but the three sisters know well what song they want to as entry for Netherlands.

One thing is already certain: the song comes not from their very first album. We Got This came on september 30, and in principle, the new songs on that record qualify as submission. They are not released too early. Yet not for the ladies choose the easiest way. ‘ There comes a brand new song . We’re really that a song must be custom written, exactly as it should be ‘ on the Eurovision song contest, they say in several Dutch media.

They leave nothing to chance. The trio takes in her own words, not just part. ‘ Our mission is to give the festival back to our country. We love with nothing else. With that setting, we have never lost a match, ‘ says the trio in Dutch newspaper Algemeen Dagblad. ‘ It’s 42 years ago that we have won. That should really once more. ‘

Want to extract O’G3NE with a strong and meaningful song. Before that, they go a few well known script writers from Netherlands itself to work. They want to pick no song from abroad : ‘ it must be a beautiful Eurovision song. We’re going to a lot of people to work and choose the very best song. ‘ They go their number so do not write themselves.

In Netherlands, the trio known for their convincing harmony vocals. There, too, like Amy, Lisa and Shelley. ‘ The three voices singing goes, because that is for us the most important thing. We remain especially close to ourselves, because every time we do that, we have success! ‘ says the sisters on the Dutch radio.

The sisters verklapten yet or they an uptempo song or a powerful ballad search. René Raghavan, Eurovision expert for Metro and one of the persons behind the Dutch Eurovision In Concert, hopes already on a ballad. It says so on twitter.