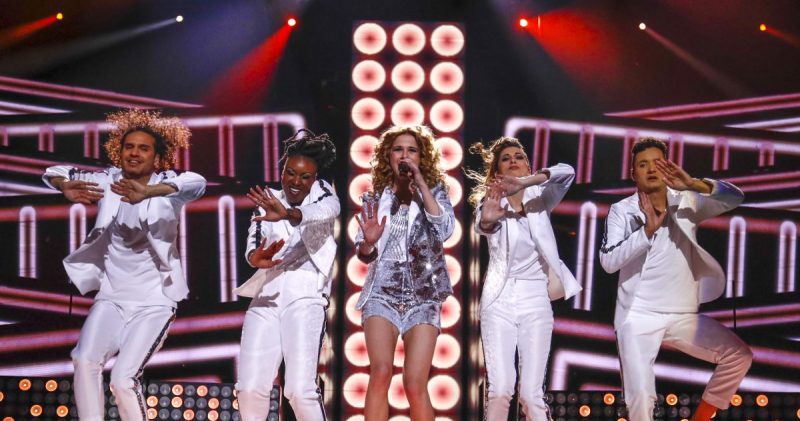 Belgium through to final Eurovision

Laura Tesoro and the VRT have managed our country for the third time in four song festivals time to the finals. Along with nine other countries Belgium by the presenters was announced as one of the Ten finalists of the evening. (Photo: EBU)

In the second semifinal went there as with the first ten countries by based on jury vote (50%) and televoting (50%). Those votes were held tonight in the 18 participating countries, as in large five-countries Germany, Italy and the United Kingdom. At the end of the show made Petra Fellow and Måns Zelmerlöw on random order the top-10 known, we look back Saturday night. In the table below are the finalists recorded on running order, with a Q of qualified:

Our Laura Tesoro was like Loïc Nagashima last year as the tenth and last finalist announced. Favorites like Dami Im from Australia, Jamala from Ukraine, Latvia and Poli Genova from Bulgaria Justs from were also among the lucky ones. For Bulgaria is the only the second time the country advances to the final, and the first time was nine years ago.

There was also good news for artists from Poland, Israel, Serbia, Lithuania and-perhaps surprisingly-Georgia. (FYR) Macedonia, inter alia, Kaliopi from Nicky Byrne from Ireland, Denmark and Norway were Lighthouse X from Hasan from walking with empty hands. Striking: on host country Sweden after is No Scandinavian country in the final of this year. Relive here the announcement of the Ten finalists in the tail, with the redeeming word ‘ Belgium! ‘:

This Saturday is the final place of the sixty-first Eurovision Song Contest for the first time since 2013 together with Netherlands and Belgium in the final.