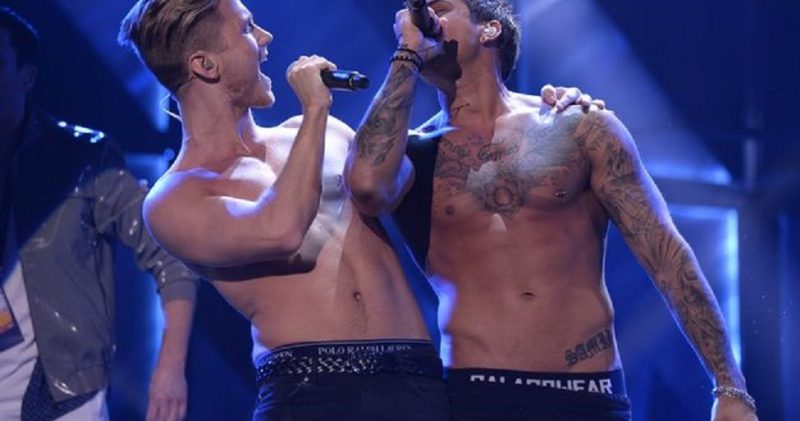 In the Friends Arena in Solna, near Stockholm, one has rehearsed for Thursday the final of Melodifestivalen.

Promises for Samir & Viktor that Bada Nakna (nude bathing) with the final Saturday. The duo did last week for the final through the Repechage round and promised more nude if they would qualify. During the rehearsal showed that they got some practice time need for their somewhat custom act.

The boxers by Samir and Viktor are not the only change to the final, Molly Sandén has also adapted her outfit. The Lords of Panetoz, which will open the show, confetti use and also the end will be different in the picture. Also Oscar Zia and Robin Bengtsson what else will be filmed. So there will be more close-ups. ACE Wilder chose a different background projection and SaRaHa’s action is decorated with Fireworks. Here is the list of rehearsals of the twelve finalists.

In addition to the superintervalact which previously already made SVT also known that Måns Zelmerlöw along with a children’s choir will bring an acoustic version of Heroes , arranged by Magdalena Denebi. In the act, the focus is on pest problems. Zelmerlöw has also undergone a change. ‘ I have let my beard shave off and am suddenly ten years younger ‘, as he wrote on instagram.

In the meantime, you can still vote in our poll.