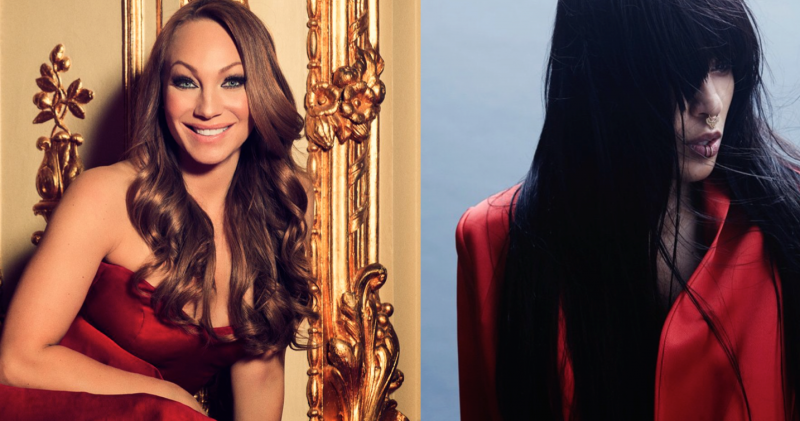 Charlotte Perrelli and Loreen in ‘ Melodifestivalen 2017 ‘

In the Swedish capital Stockholm are published this morning all the artists that in February and March next year to take part in Melodifestivalen 2017. Two former Eurovision 2011.

At a press conference that was broadcast live on the official website of Melodifestivalen were all participants and their song titles one by one announced by David Lindgren, one of the presenters of the edition of next year. The order in which the 28 lucky ones will took office in the preliminary rounds, is published at a later date, if they were published this morning have per heat. The full field of Melodifestivalen 2017:

As familiar there is again a number of famous names at the candidates. Of the last edition there is a return of Wiktoria, Boris René, Robin Bengtsson, Lisa Ajax, the Finnish Krista Siegfrids (which also again the next year in her homeland for round presents) and Ace Wilder. The latter does for the third time the contest. Also Dina Nah, Mariette, Sara Varga and Jon Henrik Fjällgren did earlier all along.

There are also three artists in Melfest next year with a lot of Eurovision experience: Roger Pontare represented his country already in 1994 with Stjärnorna (with a 13th place) and in 2000 with “When Spirits Are Calling My Name (with a sixth place). The other two won even on behalf of all the Eurovision Sweden: Charlotte Perrelli as Nilsson triumphed in 1999 with Take Me To Your Heaven. Nine years later, they are still beaten in Belgrade, because they came with Hero in 2008 does not go beyond an eighteenth place. Another nine years later she wants to so do better again. All the way to the tail was also Loreen announced, the winner from 2012 with the monster hit Euphoria.

Another notable candidate finally Owe Thörnqvist. The 87-year-old singer has for over six decades career in Sweden and takes part in the national final for the first time.

The 28 candidates are spread over four heats. That take place on 4 February in Gothenburg, on 11 February in Malmö, on 18 February in Växjö and on 25 February in Skellefteå. The top two shot every time directly to the final in Stockholm, on 11 March. The numbers three and four in the ranking have yet to pass the second chance round Andra Chansen or on 4 March in Linköping to prove itself again. The four best songs from that round still get green light for the final in the capital, with a total of twelve remaining candidates. The trio Clara Henry, David Lindgren and Hasse Andersson talks all transmissions to each other.