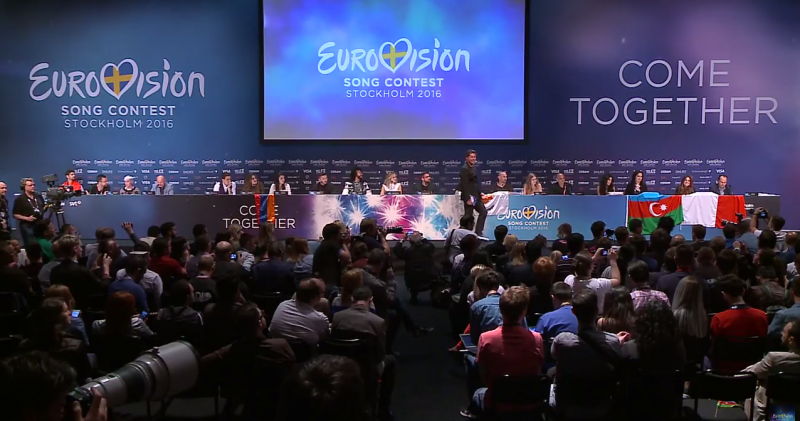 Netherlands in first half of final, Russia in second half

One by one they came on, the Ten finalists, to the tune of Heroes on a long table in the press centre. And one by one was a response on that small victory that they have booked now.

‘ I wanted to make Hungary pride, not on me personally, but on our beautiful country ‘, said Freddie of Hungary to the press after which he drew from the large glass jar a place in the first half of the final. The Croatian Nina Kraljic could not well believe her ears. Her country for the first time since 2009 to the final. Nina will occur in the second half of the final.

Then it was to Douwe Bob. ‘ It didn’t feel like I was performing for so many people, “it said. ‘ And now I’m going to do everything we can to bring the trophy to Amsterdam. We have a strong number and less is more. ‘ He will perform in the first half of the final.

Iveta from Armenia takes office in the second half, even though they would prefer in the first part of the final show sat. In the green room showed the singer the flag of Nagorno-Karabakh, a new political statement in this first semifinal. ‘ I just want peace and love waves that spread around the world, “she said. An Azerbaijani journalist in the room reacted very negatively to. Which Samra him replied, ‘ the song contest is about music and about nothing else. ‘

Sergey Lazarev made first a promo pitch for his country. Then he got of a Ukrainian journalist what Russia would do for the LBGT community are favourites with the singer had to live up to. ‘ This is a very important question and I have gotten the question many times, ‘ he says. ‘ There are indeed a lot of rumors about it. The LGBT world is also with us. We are a modern country and every city has a gay club, you can check that on Google. You should visit Russia just itself and experienced. We will support the LGBT community. We love the Eurovision song contest and we do our best for our guests. You will be safe, we promise. ‘ The singer performs in the second half.

And here are our first ten qualifiers! Congrats. #Eurovision pic.twitter.com/y2hC0bk9U2

Finally, is also Ira Losco from Malta in the final, in the second part. “I was the only calm of the whole delegation, ‘ says the diva. IRA did or have previously participated in the song festival, but it’s her first experience with semifinals. ‘ It was stressful, but I’m glad I can share this with anyone, especially with the baby that is growing inside of me. ‘