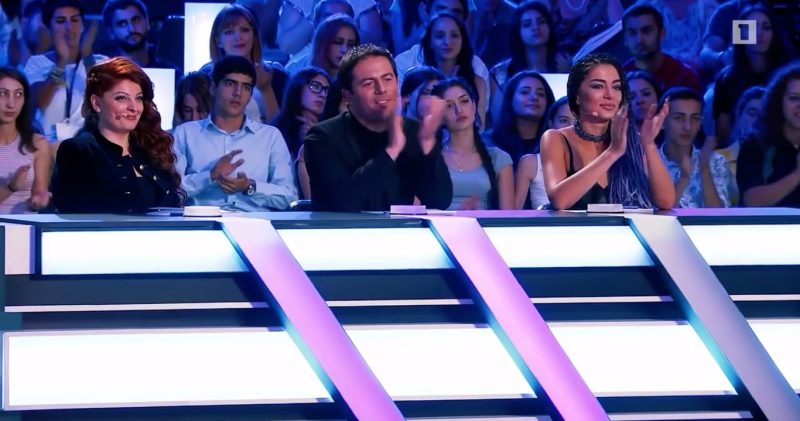 In Armenia there starts slowly but surely shot in the matter. The mammoth Depi evratesil heat will be another two months, but has already made a first selection.

The past three weeks have to audition rounds. Three of the six candidates had to convince jurors of their vocal can to to the next round, which start tonight. The remaining 37 candidates come yet again vocally out of the corner and are now divided among the jury members, also known as coaches start working.

The professional jury is filled with sounding names from the Eurovision world. Inga & Anush (2009, Inga also in 2015), Aram MP3 (2014), Hayko (2007), Essaï ( 2015) Altounian’s Genealogy and Iveta Mukuchyan (2016) sit on the jury chairs. The presentation is in the hands of Gohar Gasparyan, for years the head of delegation of Armenian broadcaster on the Eurovision song contest, and in the past also still host of the JESC 2011.

It is not yet known if this preliminary round only a candidate or also his/her song for Kiev. The following 37 acts remain still in the running, and take it from tonight at 8:15 pm our time together on. Watch Online can be done via the official livestream of the broadcaster ARMTV.

The earlier broadcasts are also in full on YouTube. Below is the episode of last week Saturday. Two candidates put through to the next round with covers of Euphoria, winner of the ESF 2012, and Shady Lady, runner-up of the ESF 2008.